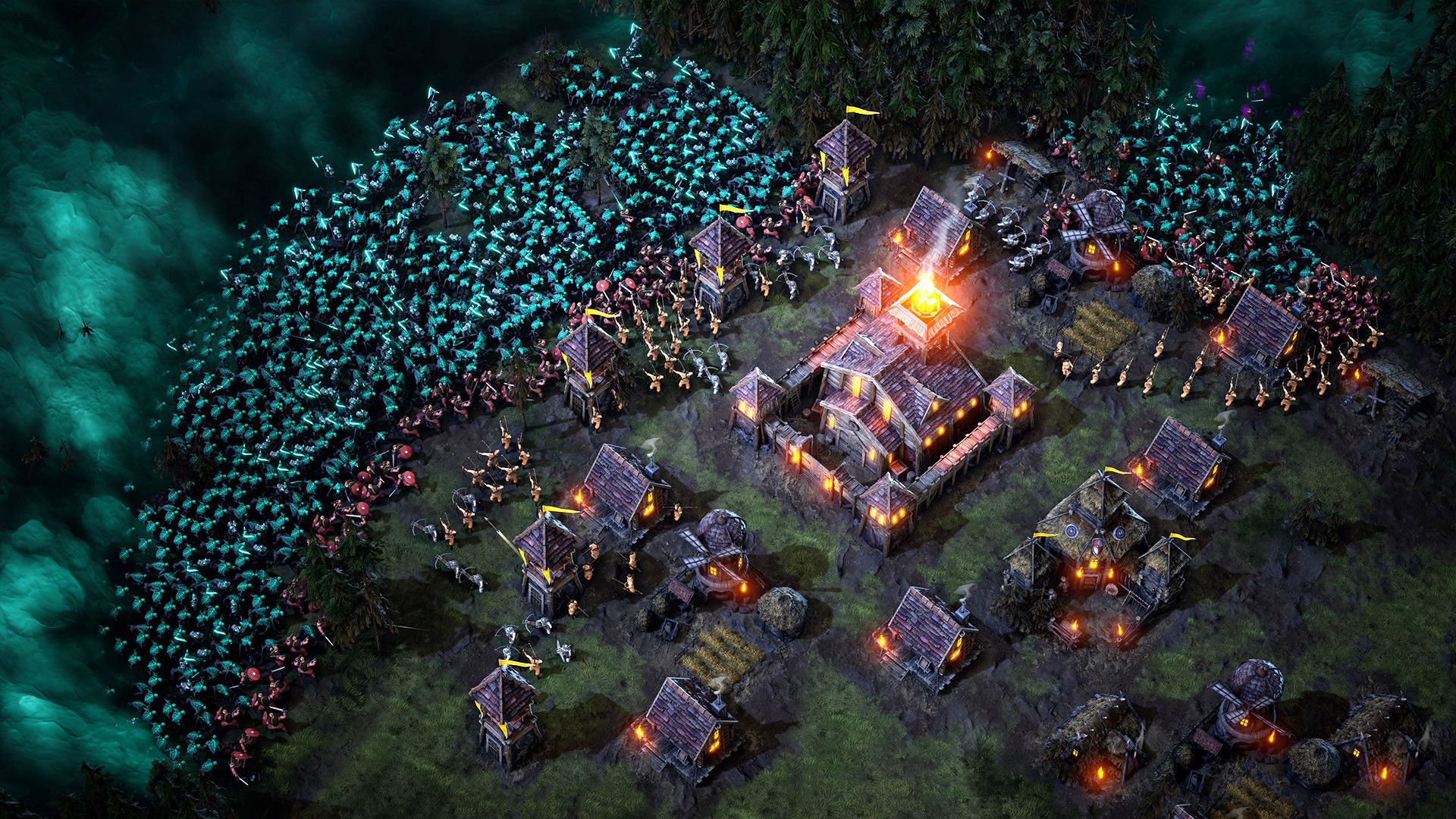 My first session with a new strategy game is always an exercise in trial and error. Exploring this mechanic, pushing these boundaries, feeling out the edges of the world as I start a new journey towards mastery. Or at least proficiency. Age of Darkness: Final Stand, a new RTS game that’s just hit Steam Early Access, bakes this phenomenon into its DNA with one simple certainty: you will die.

Maybe not right away, but you’ll probably die during your first ‘death night’ – when darkness falls and the agents of the Void attack en masse – because you may have missed the importance of a coherent defence. You may die in your second game on the second death night because you underestimated just what a coherent defence looks like when faced with a larger wave of enemies. In game three, you may die on the first death night again because you’re an idiot. We may or may not be talking about me, here.

You are the castellan of humanity’s last hope – a lone, decrepit keep, home to some villagers and a desperate group of defenders led by a hero (the game lists three options, but the Early Access build only lets you choose one). Together, you have to try and hold back the night for as long as you can. You’ve got to gather resources, build buildings, and recruit more soldiers to the cause.