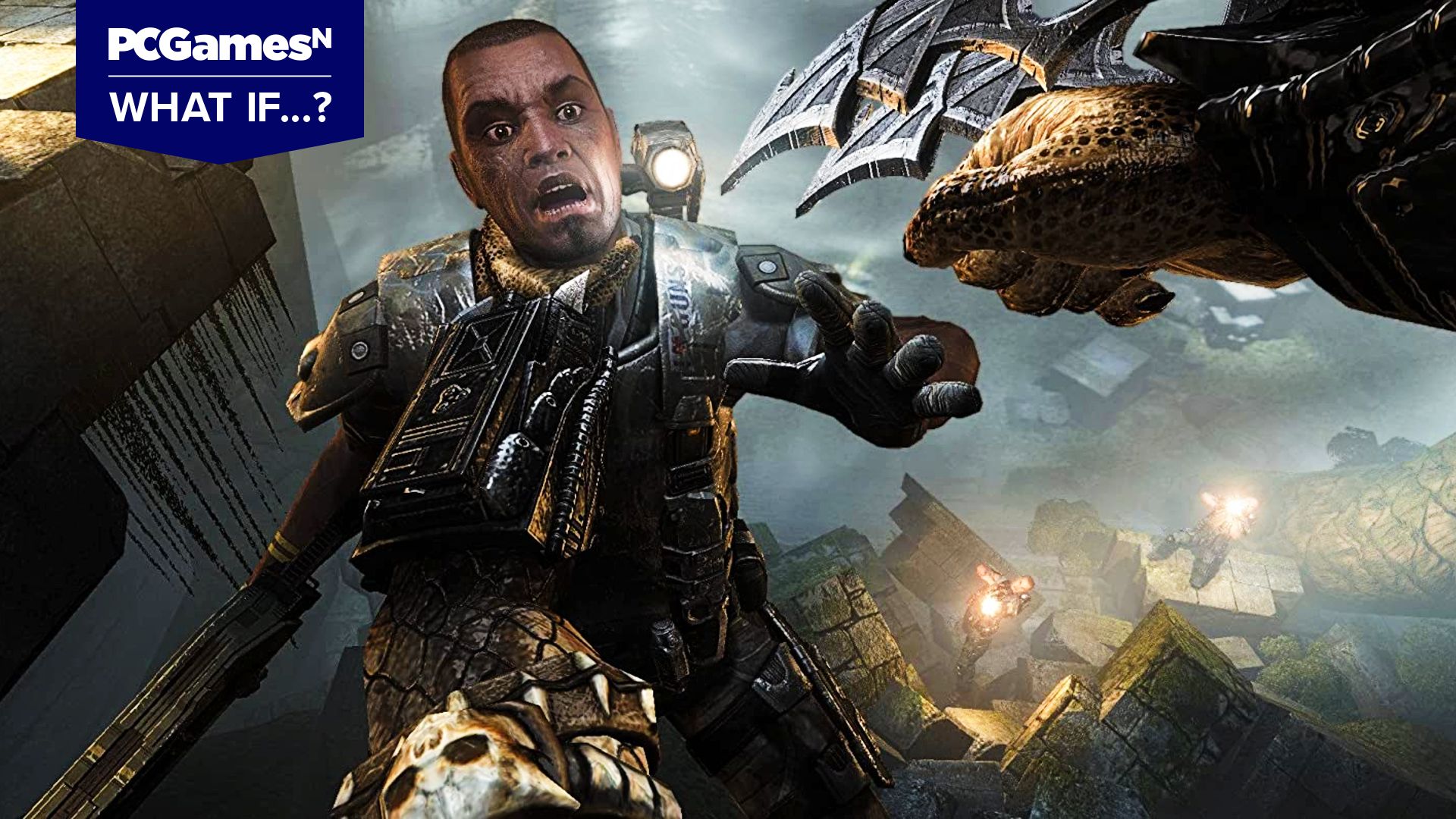 You look down over your surroundings from your perch, monitoring the patrol routes of a few guards so you know exactly who’s looking where. You’ve already visualised their demise. They’re as helpless as goldfish in a bowl, loomed over by a cat, its swiping paw primed. You fire off a couple of bolts to dispatch two grunts, before dropping down onto the head of the guard beneath you and nestling your blade in their neck. The final guard sees you and starts shooting, but you’re already out of sight. They stop firing to reload, then you reappear right next to them, savouring their fearful final moments.

When you envision that snippet, you probably see an Arkane game. Dishonored, or perhaps Deathloop – coincidentally, have you read our Deathloop review? Maybe your mind goes back further, to the heyday of Aliens vs Predator.

You see what I’m getting at with that intentionally ambiguous introduction: there are few first-person games as dependent on stealth, melee combat, and inhumanly fluid movement as the AvP series, and no developer as good at implementing those things as Arkane Studios.