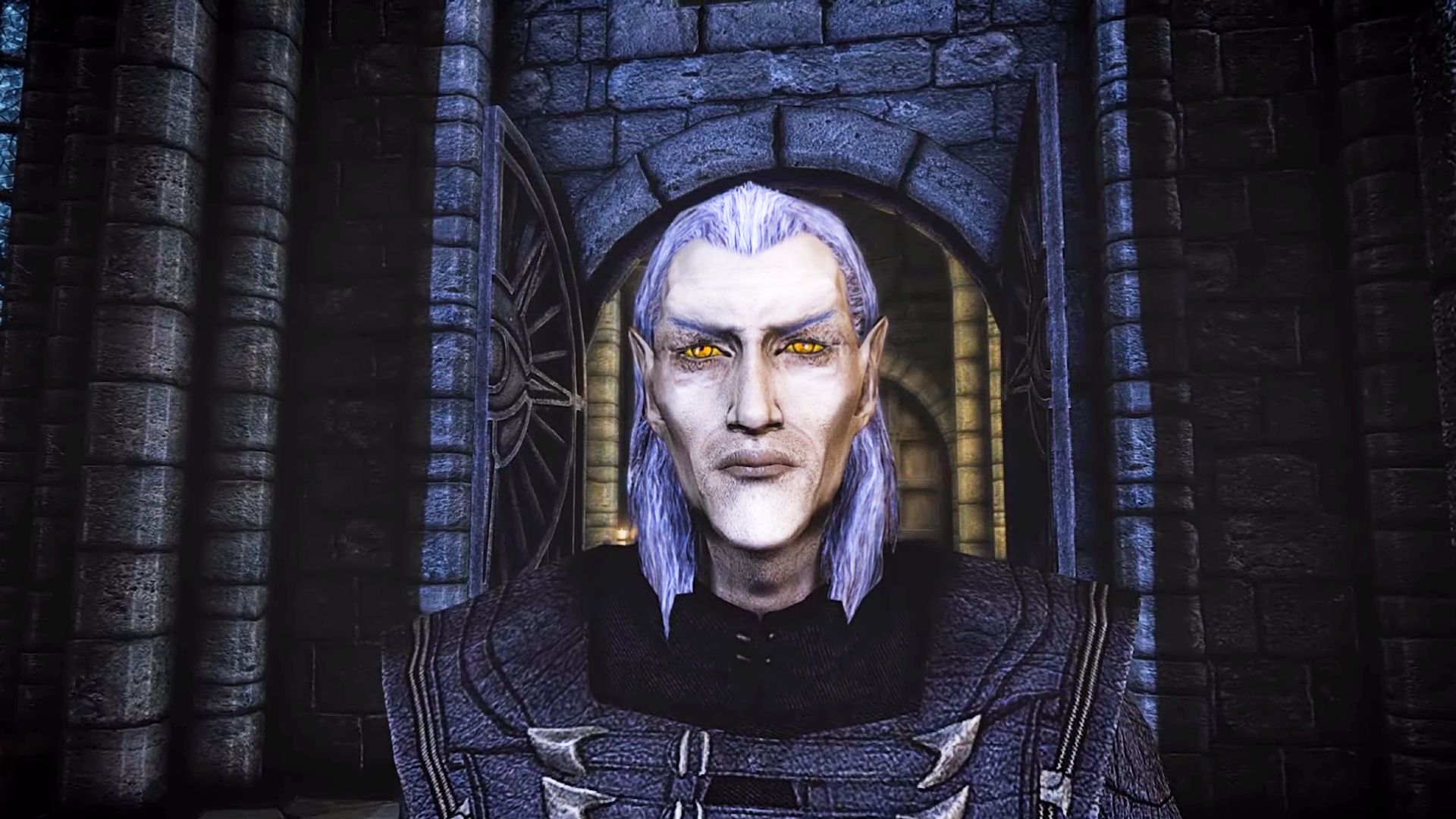 Skyrim makes it abundantly clear that the Thalmor are not chill dudes. Whenever you wander through Whiterun there’s a guy yelling all day long about how the Thalmor are suppressing religion in Skyrim, and if you ask around you’ll hear that they’re prone to kidnapping dissenters and torturing them in a secret prison. Very uncool, but as the Dovahkiin you’ve got bigger things on your mind, like shouting, dragons, shouting at dragons, and seeing how many cabbages you can cram into your new home. Big stuff. The Thalmor slip your mind until you run into them later in the main questline, and by that point they are just an obstacle in your dragonslaying path.

However, a deeper look into the lore of The Elder Scrolls shows that the Thalmor are more than a mere annoyance. Their superiority complex has led them to not only impose tyrannical laws and enforce them with underhanded methods, but also to exploit the culture and beliefs of an entire race.

Thousands of years before the events of Skyrim, the Thalmor began as an Altmer government organisation to safeguard Altmeri culture. From day one they’ve been looking down their noses at the other races of Tamriel, and boy did it burn their biscuits when a man called Talos, aka Emperor Tiber Septim and later the Divine Talos, conquered them and made Altmeri territory part of the Empire.