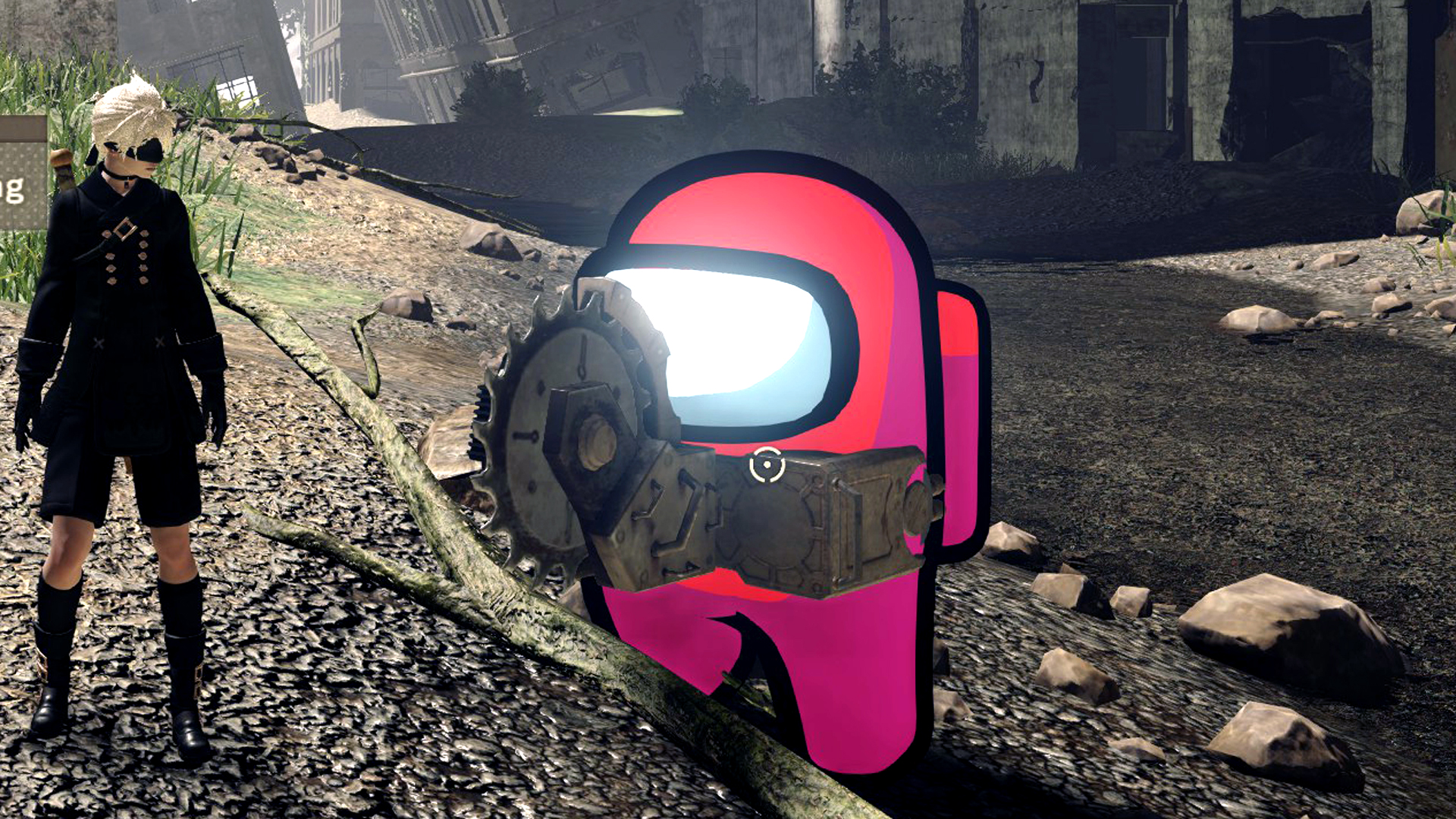 A new mod for Nier: Automata brings the suspicious crewmates from Among Us crashing into the world of 2B and the other androids. The mod replaces Nier Automata’s most common enemy with one of the Among Us crewmates – meaning that they’re all imposters, unfortunately.

There are a lot of fantastic mods for popular multiplayer deceit-em-up Among Us out there, including multiple that add new roles to the game or just completely mess with the gameplay. Given the game’s popularity and how recognisable those suspicious little crewmates are, it’s not surprising that modders have transferred them to other games – here they are in Stardew Valley, Minecraft, and even Star Wars Battlefront 2 and Red Dead Redemption 2.

This is the first time they’ve shown up in the Nier series, however. The ‘Amogus’ mod for Nier: Automata is available at NexusMods, and it replaces the game’s already-cute Small Stubby robot enemies with the Red Among Us crewmate – complete with cel-shading, just to make them stand out even more.