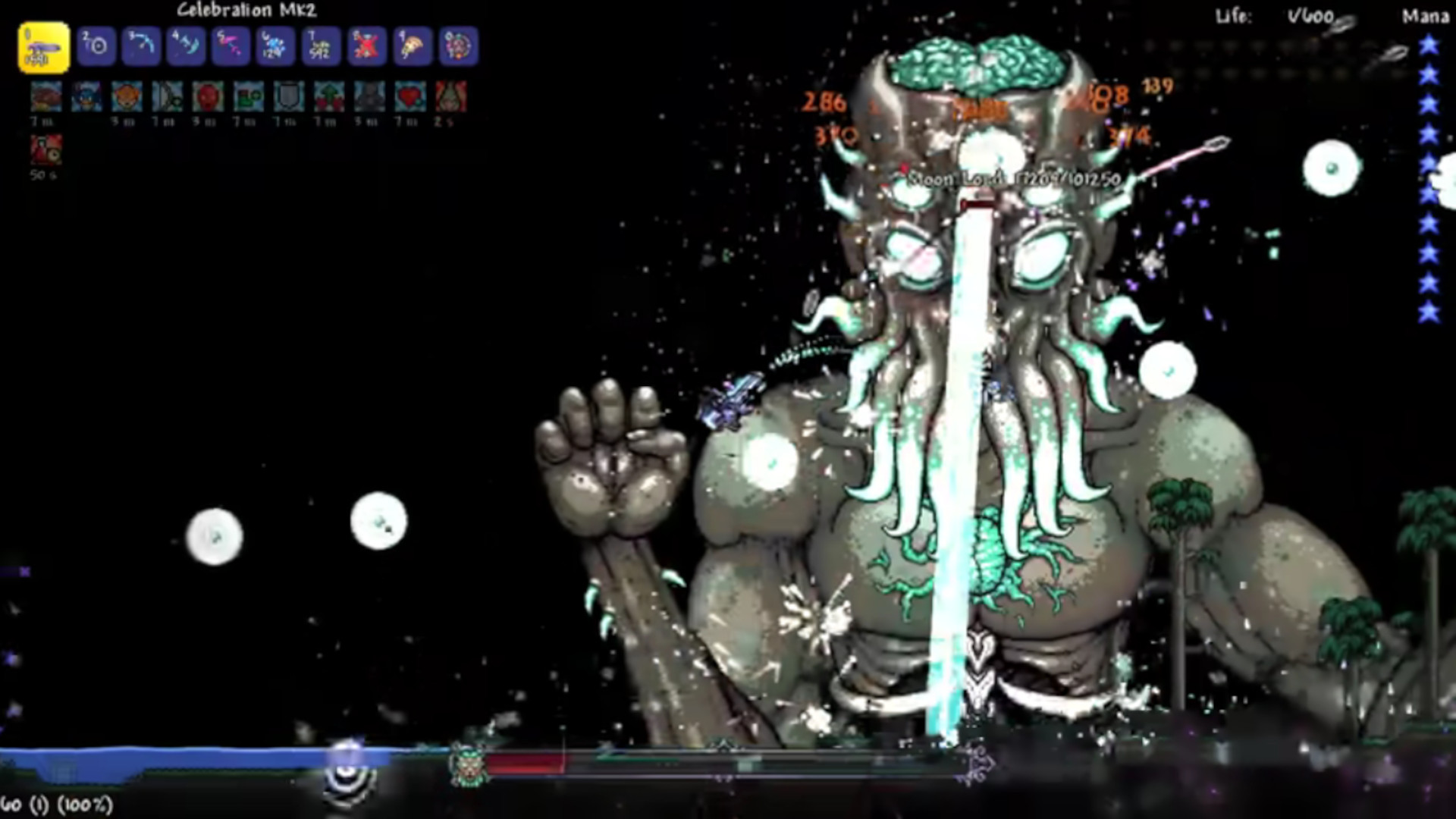 Terraria, a long-running building game, turns ten this weekend – the very day this has been posted, in fact – and you can grab it at half off to celebrate.

Exactly one decade ago, on May 16, 2011, Terraria became available on Steam. Right now, if you go to the Steam page, or GOG, you can get it for 50% off, putting it at $4.99, or equivalent. Since release, the 2D Minecraft-like has continued to be regularly updated, patched, and watched over by developer Re-Logic. The bulk of the gameplay involves exploring and gathering resources, like many survival games that have sprung up over the years, and the pixel art gives it a roguelike quality.

Currently, it’s the best-reviewed game on Steam, topping the Steam 250. Ports have come out across multiple generations of consoles, and a direct sequel was cancelled in 2018, when Re-Logic decided improving what’s there is a better approach. A healthy modding scene has been providing new monsters, tools, features, and more for the bulk of Terraria’s life, filling in any gaps of community demand where feasible. Before Stardew Valley, Rust, or many other contemporaries, there was Terraria.