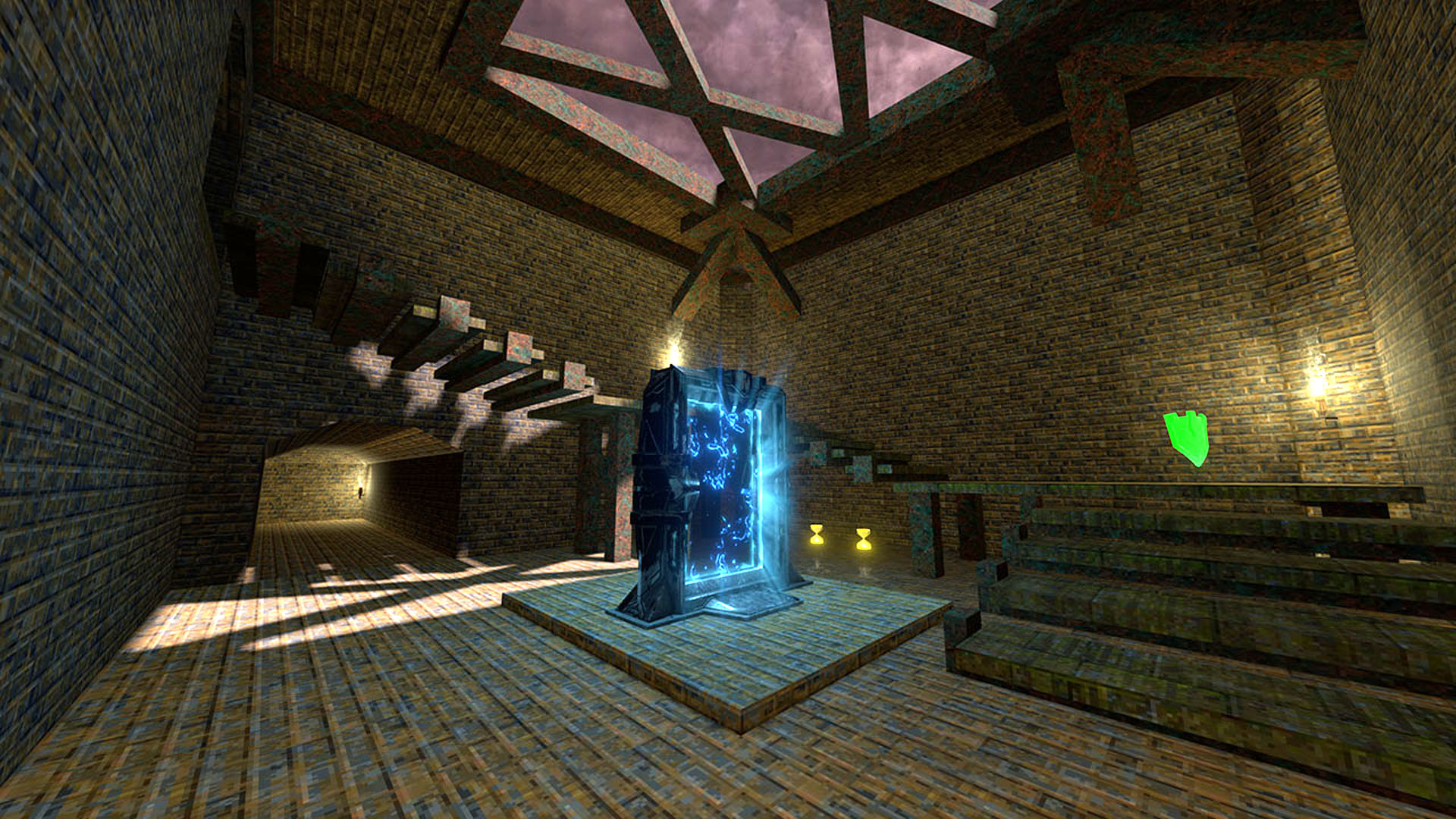 This month marks the 25th anniversary of id Software’s original Quake, which came out in June 1996 and is still one of the best FPSs ever made. To mark the occasion, id is adding one of the series’ best multiplayer maps to Quake Champions – Quake 1’s DM6: The Dark Zone.

The retro Quake deathmatch map – which is live in Quake Champions now, as part of the game’s big Summer 2021 Update – is a direct port of the original Dark Zone from Quake 1, complete with ’90s textures, teleporters, and item placements. It’s not the first Quake 1 level to feature in Champions, since the game’s ‘Blood Run’ map is based on the popular custom map ZTNDM3 – which was made official in 1999’s Quake III Arena.

Alongside the retro map, id Software is piling on the legacy content for Quake’s 25th anniversary with weapon skins for the Tribolt, Super Nail Gun, and Railgun based on the weapons from Quake 1 and its expansion packs. There will also be 25th Anniversary flag banners on every map to make sure no one playing forgets to celebrate.