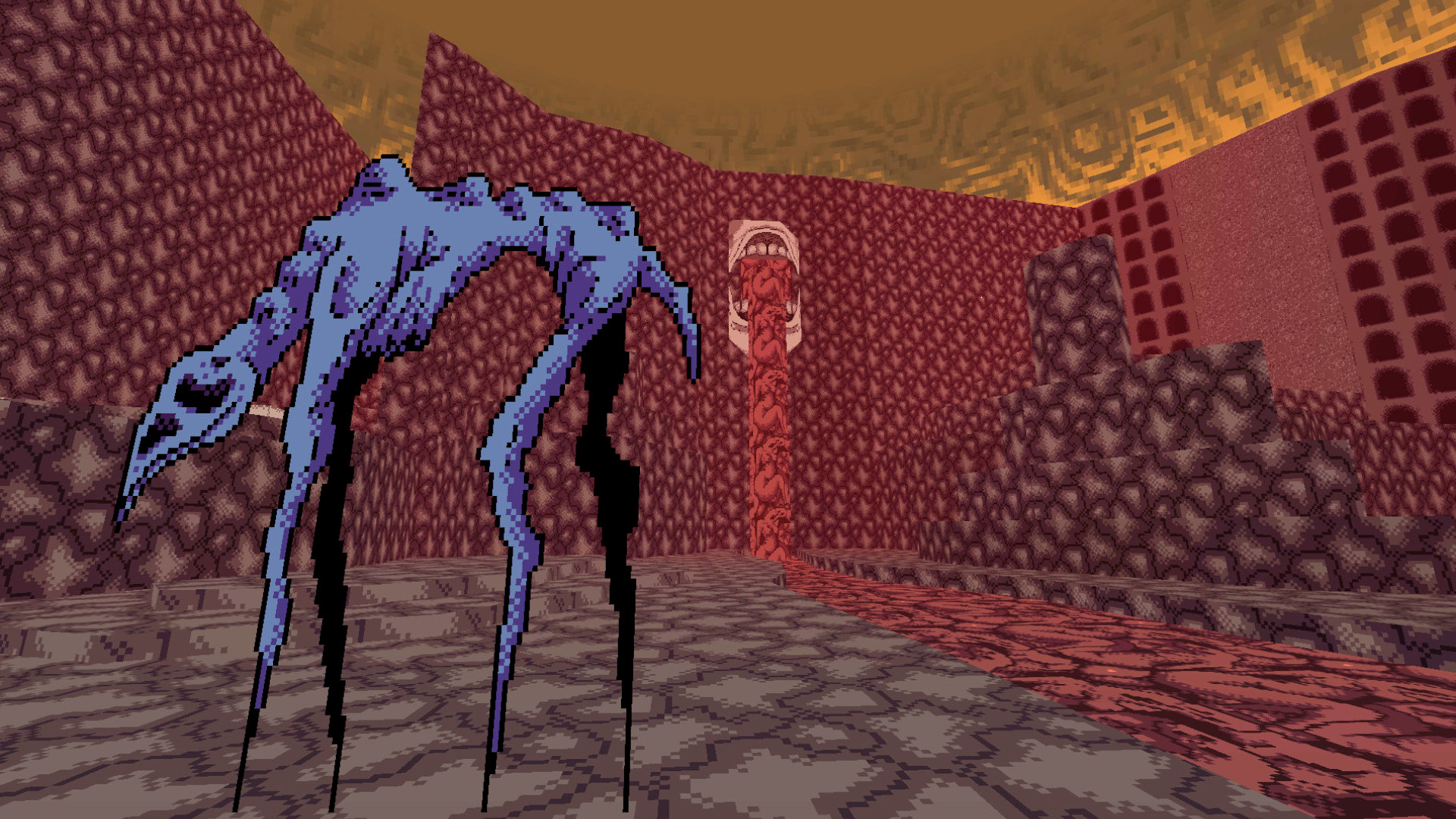 The lead developer of Vomitoreum says it’s “inspired by the likes of Metroid Prime and Dark Souls”, so I need you to know that I’m not just pulling the comparisons in the headline out of nowhere. This is a Metroidvania set in a nightmarescape and built in GZDoom, and it’s now available on Steam if you’re looking for something grim and challenging.

Vomitoreum was the subject of a successful Kickstarter earlier this year, and it’s out now on Steam and Itch.io at a price of $9.99 / £7.19 / €8.19. As the devs describe it, you’ll “explore a land that has been plagued with an eldritch infection, a horrible fog that blankets the world and turns it’s denizens into wretched mutants. Delve deep into the ruins of this plagued world and find a cure for this horrid blight.”

A quick look at the screenshot above will probably let you know if you’re going to vibe with Vomitoreum’s aesthetics – I’m not 100% sure I do, but it’s a striking look, and I’m always down for aesthetically daring Metroidvania.