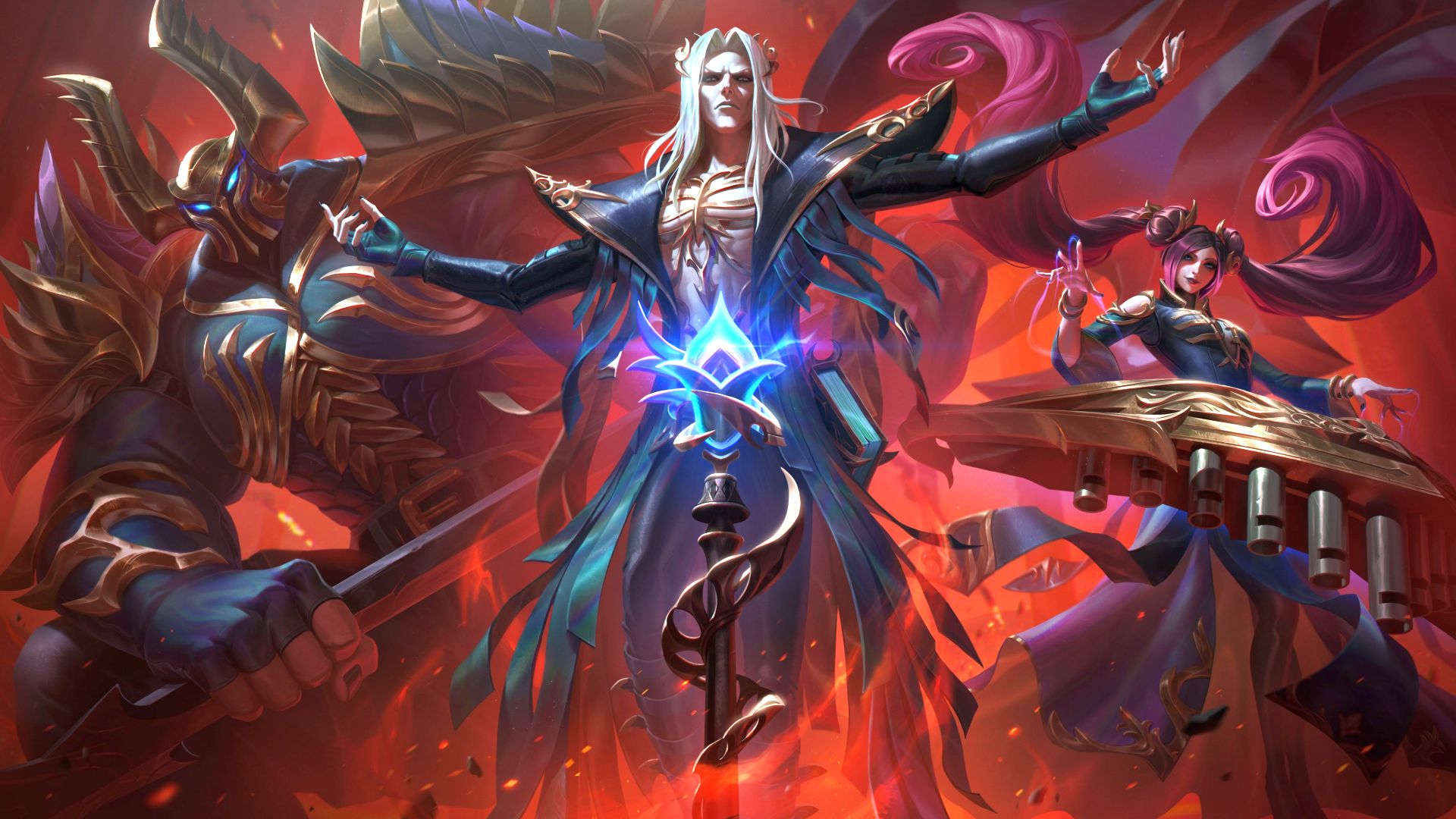 League of Legends’ 2021 patch rollout keeps on, well, rollin’ out. It’s Wednesday, which means we’ve got another new update to check out that’s just landed piping hot on the PBE. League of Legends patch 11.17 has flown off to live servers, and 11.18’s now landed on the MOBA game’s testing grounds – so, let’s see what’s coming up, shall we?

As you might have seen shared on Riot’s social media channels, the stars of this patch are the new skins for League’s metal band Pentakill – as well as its newest member. Following some clues earlier this week, Viego, the Ruined King, has been revealed with his own Pentakill skin that has him shredding his gnarly signature sword like an axe – the musical kind, of course. Elsewhere, Karthus, Kayle, Mordekaiser, Olaf, Sona, and Yorick have got their own Pentakill III: Lost Chapter skins, in honour of the band’s new album of the same name, which drops in a couple weeks. We’ve also got a Hextech skin for Tristana in the mix this patch.

As is often the case when a fresh patch drops, there aren’t any champion or item balance changes to get a look at just yet. But, keep checking back on these notes over 11.18’s testing cycle as we’ll post them all here when they hit the PBE.