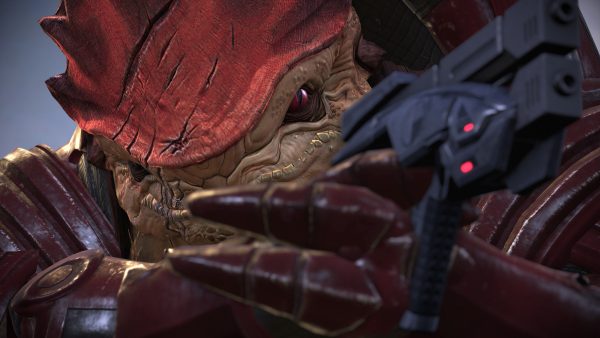 Look, I know, the combat isn’t great. It’s janky. But if you jump straight to Mass Effect 2, you’re a wrong’un.

To me, it feels like the video game community online is currently in the middle of a glorious time warp back to the early 2010s. High quality remasters like Mass Effect Legendary Edition and NieR Replicant ver.1.22474487139 are prompting replays, reevaluation and hearty discussion of these classics. But in the case of the former, I’ve noticed one trend that I think sucks: the widespread advice to skip over the first Mass Effect game.

Let me tell you right now – if anybody tells you to skip over ME1 and just start with the second game in the series, ignore them. Block them on twitter. Unfriend them. Scorched earth. I mean – I’m just joking, don’t fall out with them over it. Or am I?

Anyway, the point is, if you skip the first Mass Effect, you’re missing out on some of the most interesting moments and elements that the series has to offer. You often hear developers of these games, like Legendary Edition project lead and original trilogy writer Mac Walters describe the process of their creation as iterative. That doesn’t just go for each individual game, but also for the trilogy as a whole. Each of the three games has its strengths and weaknesses, and each excels at something the others do not. The first Mass Effect has a hell of a lot of lows simply due to its age. No amount of remastering was ever going to make that game feel good by modern standards. But other elements of it are better than its successors – and as well as being deserving of your time in its own right, the game ultimately enriches its offspring. 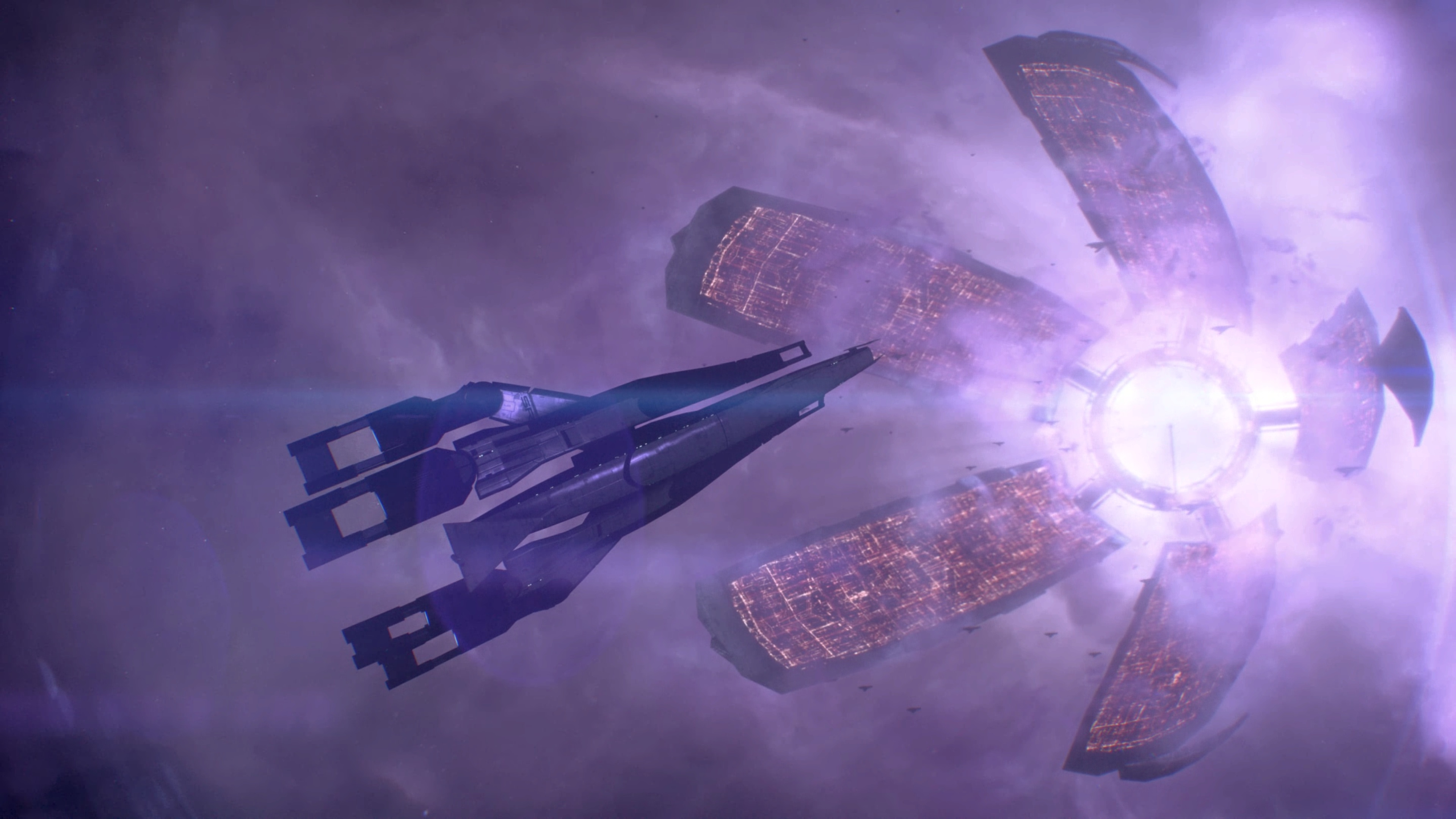 To put some context to what I’m saying, I’d define it like this: Mass Effect has the best atmosphere, and execution of a world vision. Mass Effect 2 has the best characters, which in turn delivers the best and most compelling story. Mass Effect 3 is the best-playing of the bunch by a country mile, finally finding a balanced mix of cover-based third-person shooter and RPG character progression, which trended too far in each of those directions in ME2 and ME1.

After creating a Star Wars game and an Asian-inspired fantasy adventure, the BioWare leads sat down and discussed their next project and decided they wanted to channel Star Wars to create their own space opera saga. The entire Mass Effect trilogy is a triumph of the genre that blends together influences like the space magic of Star Wars, Star Trek’s military tradition, and more than a pinch of Battlestar Galactica – and the results are generally compelling and brilliant. However, the universe feels at its most well-realized and unique in the first game.

For better or worse, it’s fair to say that the series took a turn away from some of its more campy, operatic elements to favor the more cinematic with the sequel. Out went the tight-fitting spacesuits and in came the bulky, more recognizable N7 Armor. The world didn’t change, but the tone of how it was depicted shifted. These changes were to Mass Effect’s success, and I’d argue one of the areas where Andromeda fell flat was in an attempt to revive some of ME1’s specific tone while retaining the look and feel of ME2 and 3 – but none of that means that the original Mass Effect is any less of a triumph.

This isn’t just about having choices to carry forward into ME2, but just broadly about experiencing the genesis of this universe, and to see it in a light and style it’s never been shown in since. There’s an energy to this game that is special and unique, even within the series. Because of this, the first Mass Effect is worth your time. Warts and all. 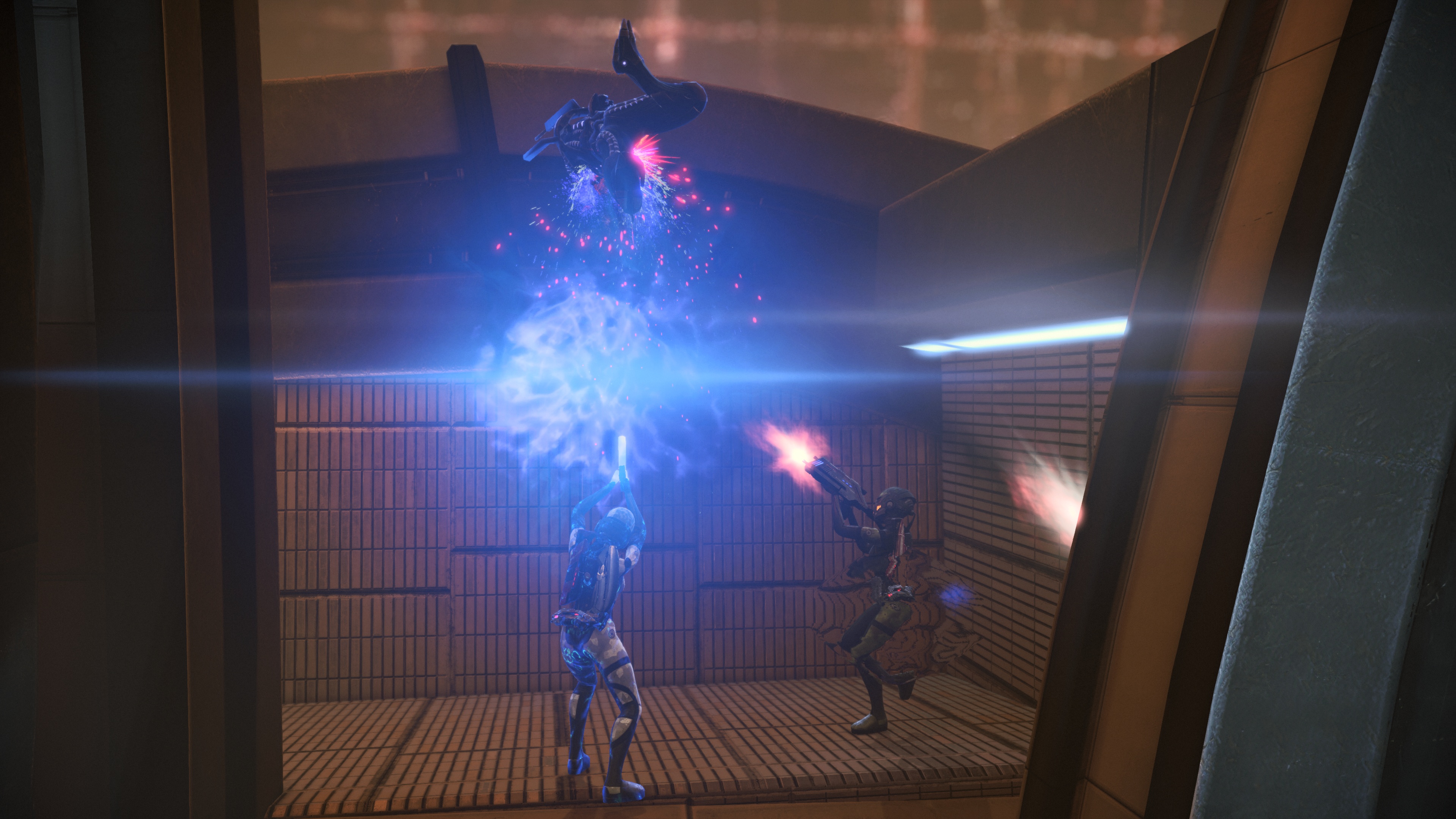 I say all this knowing that, yes, the combat and movement in this game isn’t for everyone. The way the ‘quick start’ as John or Jane Shepard dumps you into the game as the Soldier class (undoubtedly the worst class in ME1) doesn’t help either. I do believe there’s a lot to love in this game; I’ll never tire of the slightly broken nature of the physics-based biotic powers – but I recognize that not everybody has the patience to learn those ropey systems.

For those people, I have some advice. First of all, understand that the first Mass Effect gets significantly better as you go along. Once you clock in your first seven to ten levels or so (on the new legendary scaling level up system), you’ll have unlocked enough talents and powers to have more fun options at your disposal in combat.

Second, if you really can’t get on with the way fights play out in this game, consider letting it play itself for you. The squad member AI is quite tenacious in Mass Effect – so use that to your advantage. Turn down the difficulty, and use the options to set them to be as self-sufficient and aggressive as possible. Design your Shepard to be a support class like the Sentinel or Infiltrator. In this scenario you can hang back, using support powers or sniper fire to assist your squad as they rip through enemies. This will in turn just let you enjoy the narrative and the atmosphere, which is excellent. This is a band-aid, but it’s good enough.

The post If you skip the original Mass Effect in Legendary Edition, you’re a fool appeared first on VG247.