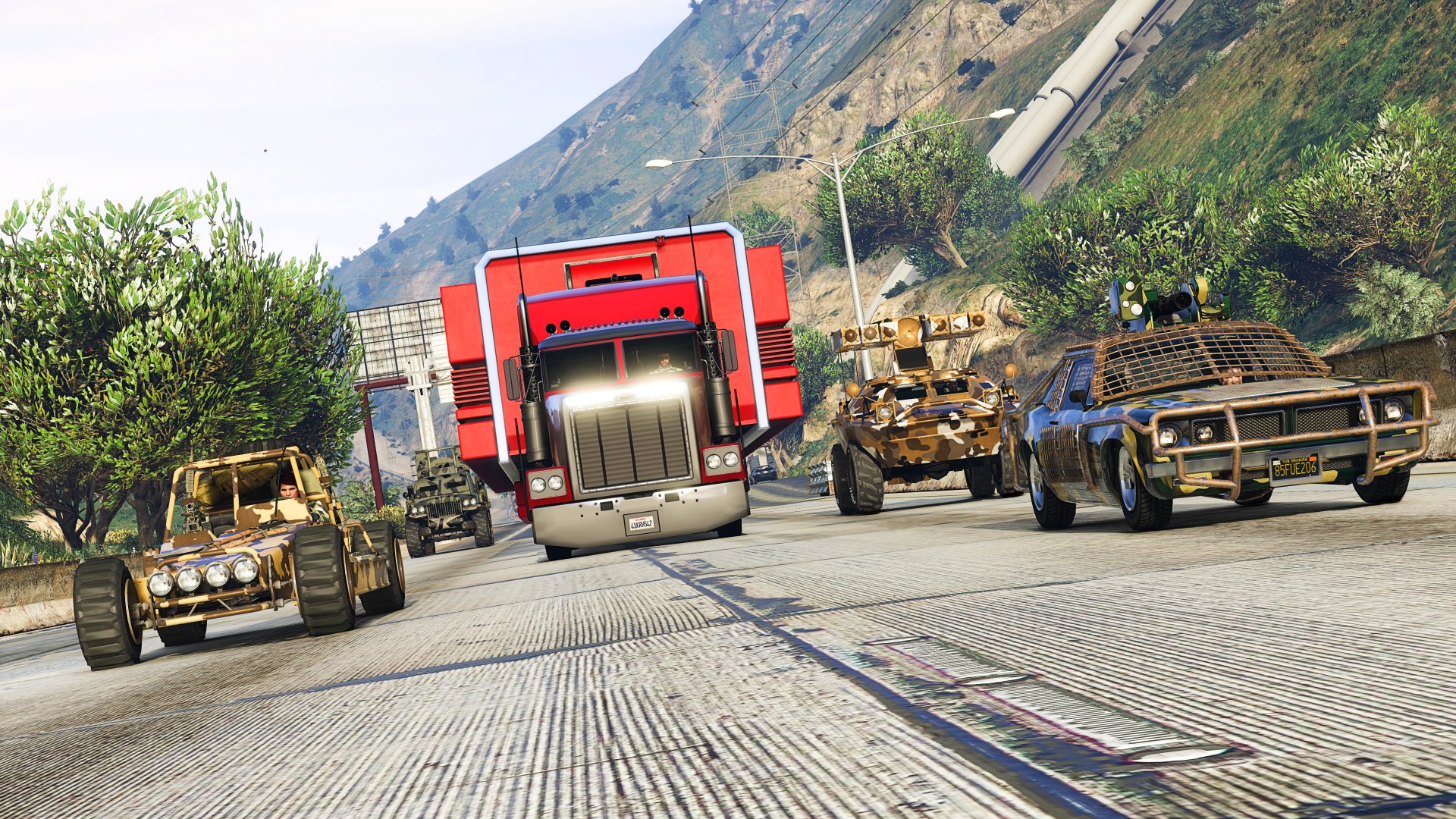 One of the best ways to rack up some dosh in GTA Online is getting the spotlight in this week’s update. Rockstar’s official rundown won’t be published until later on today, but the update is live so the busy, online citizens of Los Santos are poking around to see what’s new and worth going after.

One of the features to immediately catch our eye is double rewards on Bunker sale missions. Bunkers were initially introduced in the Gunrunning update and allow you to do assignments that involve creating stock from gathered supplies and exporting it to buyers. It’s an excellent way to make some money, though you should keep a weather eye out for griefers because many of these missions play out in the open world. It’s a good week to get into supply running for bunkers if you haven’t already, as you can buy a one and renovate it with a 50% discount.

If you’re feeling a tad more combative, you can find triple the usual rewards on the Motor Wars adversary mode and double on the Missile Base, Bunker, and Diamond adversary modes.