The latest update to Everspace 2 has officially gone live in-game, and as well as a new system called Zharkov: The Vortex.

On top of that, there’s a patch notes update out there that shows off over 120 new updates and bug fixes (including much-requested UI/UX improvements). Safe to say, then, that the folks at Rockfish Games have been busy.

“As mesmerizing as it is dangerous, Zharkov: The Vortex is filled with lightning storms, gas clouds, ruined starship hulks, alien mystery, and more to explore,” reads a blurb for the expansion.

“Playing as Adam, a former clone pilot, the player will dive deep into the shady dealings of the Grady & Brunt mining operation and uncover secrets leading to mysteries of The Ancients, and learn how the factions in the game are all connected.

Check out the trailer below.

Zharkov: The Vortex takes players deep into the eye of the storm of a whole new star system that is billed as the game’s ‘most dangerous yet’. The expanse is filled with lightning storms, ruined tech, and stronger enemies than you may have encountered before, looting for loot and plunder.

Tareen the Okkar Trader joins as the homebase quartermaster in the expansion, and they will expand the storage capabilities and allow for more ships to be held in the base hanger, too. It’s always handy to have a merchant nearby, eh? 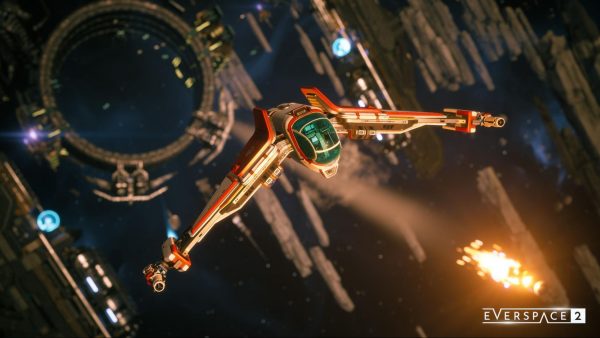 If new ships are your thing, you’ll enjoy the Vanguard: a lightweight, highly maneuverable reconnaissance ship with a high emphasis on speed/mobility.

Our own Sherif said of the game in a preview back in January that the game is inching closer to being a modern Freelancer. Its first update in April 2021 added a new story, enemies, ships and more and more content is planned as the game continues to move through Early Access.

Eversapce 2 is out now in Early Access on Steam and GOG, and it’s coming to Xbox and PlayStation in 2022.

The post Everspace 2 gets a new system and loads of new content in Zharkov: The Vortex update appeared first on VG247.