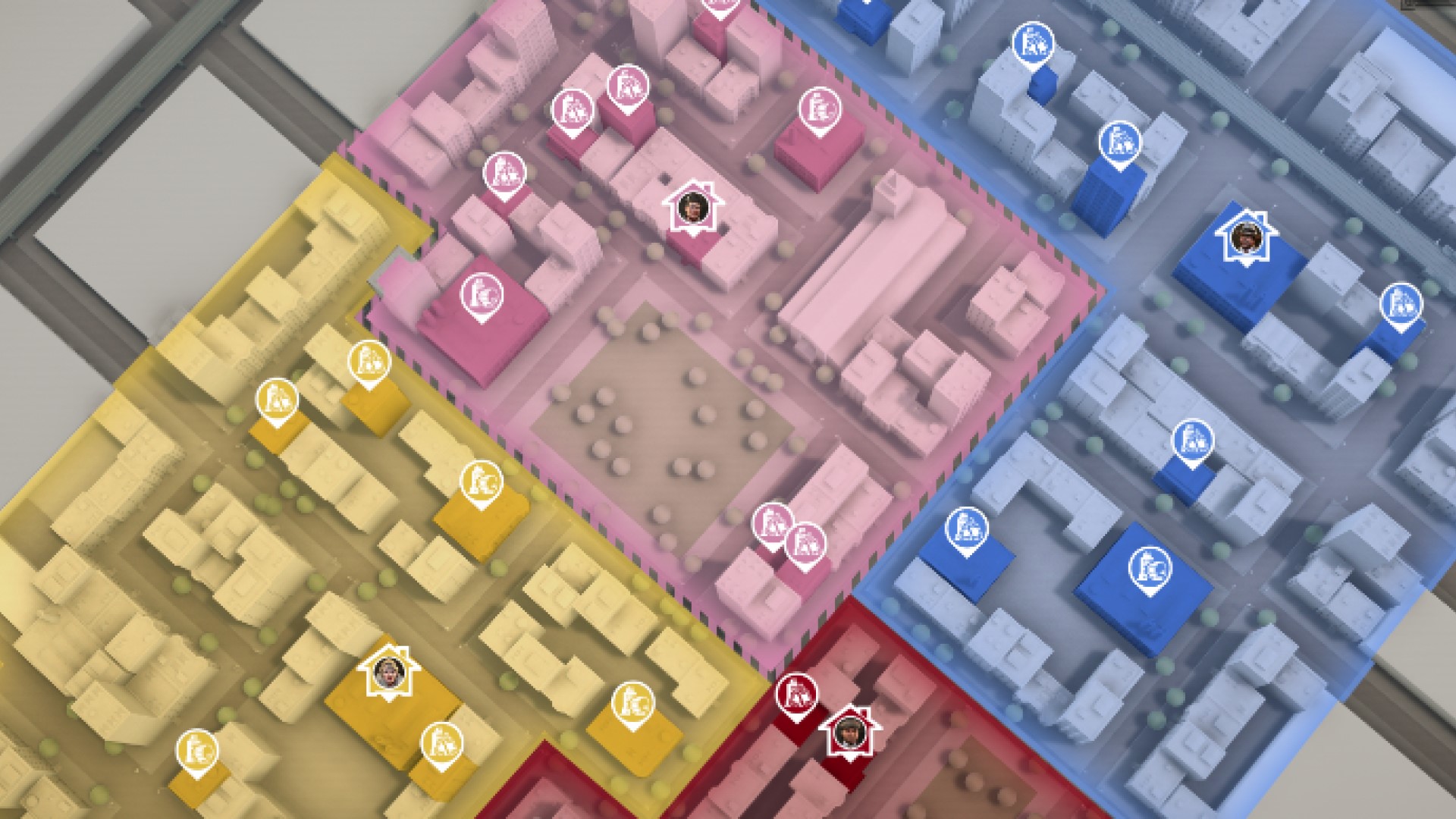 Since it initially launched in December, gangster-based strategy game Empire of Sin has seen a steady stream of updates and patches – including the one that arrives today, the Gangster Update. As that patch moves from the beta to the main branch, Paradox Interactive and developer Romero Games have announced that they are ready to start working on new content, and that a free content update will be arriving sometime this year.

The Precinct Update, as it’s called, looks poised to shake things up substantially for Empire of Sin. It’s adding new win conditions for ‘moguls’ who want to expand their business empires and for ‘the buyout,’ for those who prefer the diplomatic approach to conquest. It’s also introducing the new precincts system, which is a whole new management layer that lets you ‘paint the town’ with control over the map and build efficient supply lines to and from your rackets.

The new precinct menu unifies a lot of the existing management screens, which Romero Games says is aimed at “streamlining gameplay mechanics and making it easier for the common criminal to break bad, at scale.”