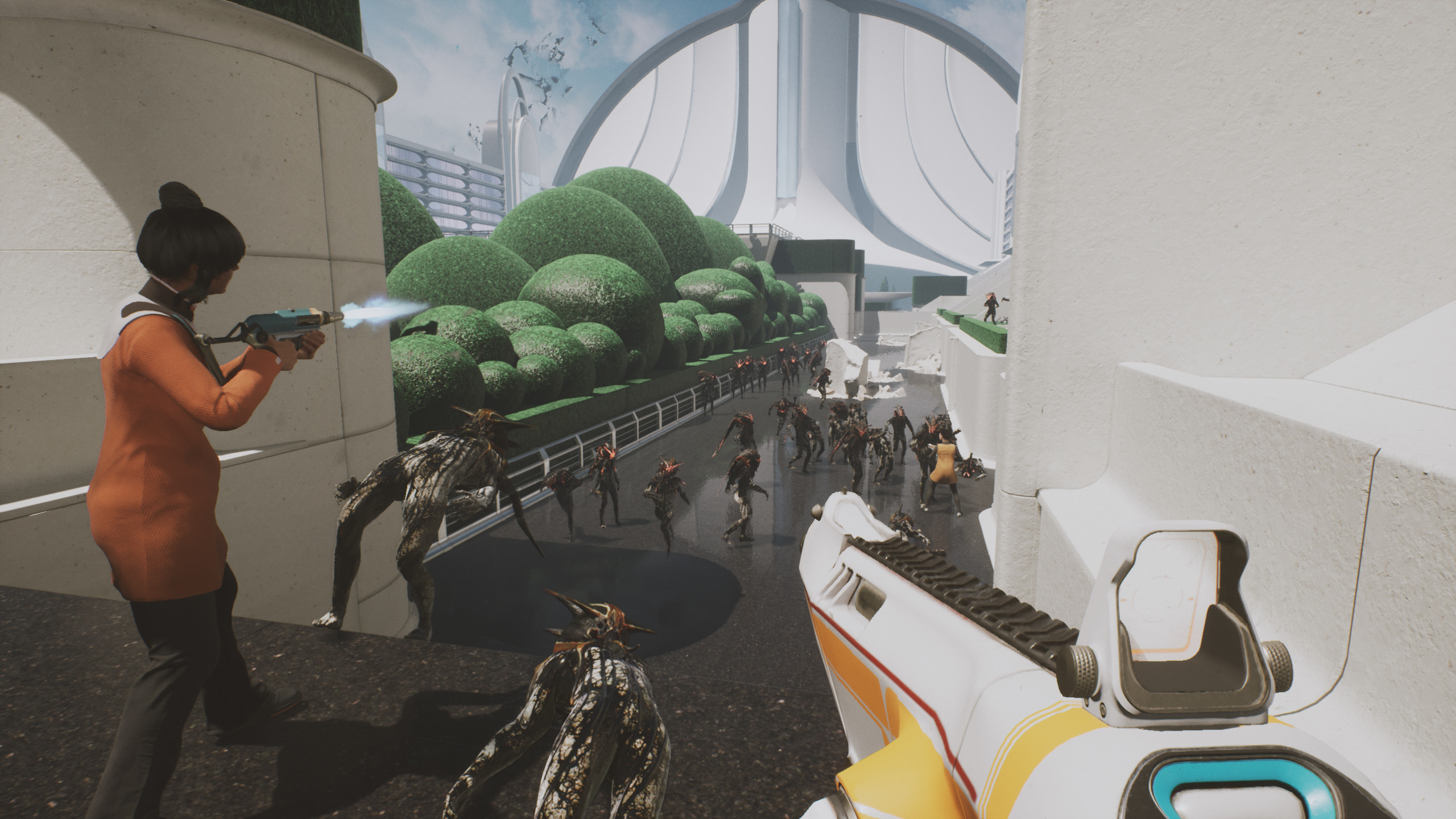 Co-op games about blasting your way through hordes of enemies are just about always guaranteed fun, but imagine one set aboard an interstellar cruise ship that’s decked out like a Monkees video. That’s more or less the concept behind The Anacrusis, which arrived this week on Steam Early Access and PC Game Pass. The developers have also opened up applications for modders, as they plan on gradually rolling out access to The Anacrusis’ modding tools.

For most of us, the deal’s pretty straightforward: grab some friends, climb aboard, select a couple sweet-looking sci-fi weapons to try out, and then set to work blasting crowds of extraterrestrial stowaways back into the blackness of space, all while exploring the positively groovy decks of the starship Anacrusis. Big groups can be managed using a variety of grenades that can create stasis fields or shield barriers, and you can always use a Respawner to bring a friend back if things go awry.

Developer Stray Bombay is keen to get its modding tools out to the public at large, but as The Anacrusis is still in Early Access, the studio is rolling out the release of those tools bit by bit. If you’re a modder who wants create new game modes or maps, or simply add some new weapon cosmetics or costumes, you can sign up using this official form.