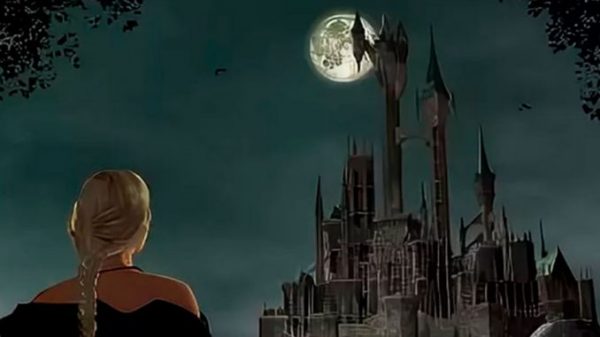 Castlevania Resurrection, an infamous canceled Dreamcast title, has been brought back from the dead and made playable online.

Castlevania Resurrection is a fairly infamous title for anyone familiar with the series – it was canceled over 20 years ago and the project was never made available to the public. It was, for the longest time, thought to be lost.

Enter Comby Laurent. Laurent is a retro game fan and Dreamcast loyalist who has dedicated a wealth of time to help preserve old games. Laurent owns the website Sega Dreamcast Info Games Preservation and has managed to release a version of the 3D action-platformer on the site after winning a version of it in an auction earlier this month.

Apparently, this version of the game pre-dates the E3 1999 show where it was shown to press. The 3D game sees the player take control of Sonia Belmont and fight through five locations, dispatching an array of classic Castlevania enemies.

It’s a prequel of sorts to the original Castlevania game and was pretty close to completion before Konami decided not to go through with the launch in early 2000.

If you’re eager to play it yourself, you’ll be pleased to note the preservation team has converted game files to a variety of formats, meaning you can burn them to a disc and play it in your original Dreamcast (if you still have one). You can learn more about the process over at Dreamcast Junkyard.

If you’re hungry for more Castlevania, fret not: the final season of Castlevania is coming to Netflix in May, and there’s reportedly a spin-off in the works too.