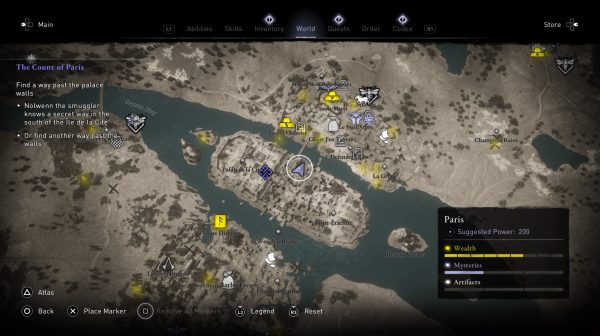 With the Bellatores Bishop defeated, to stop the Siege of Paris in Assassin’s Creed Valhalla, Eivor must confront Odo, Count of Paris, and persuade him to surrender.

When you go to confront Count Odo, you have two options: seek out Nolwenn the smuggler, or choose a different path.

The different path is in the north of the city.

Use your Odin’s sight and look for a standard bearer with a key. This unlocks a gate to a guard post that has a zipwire on top that leads over the palace walls. 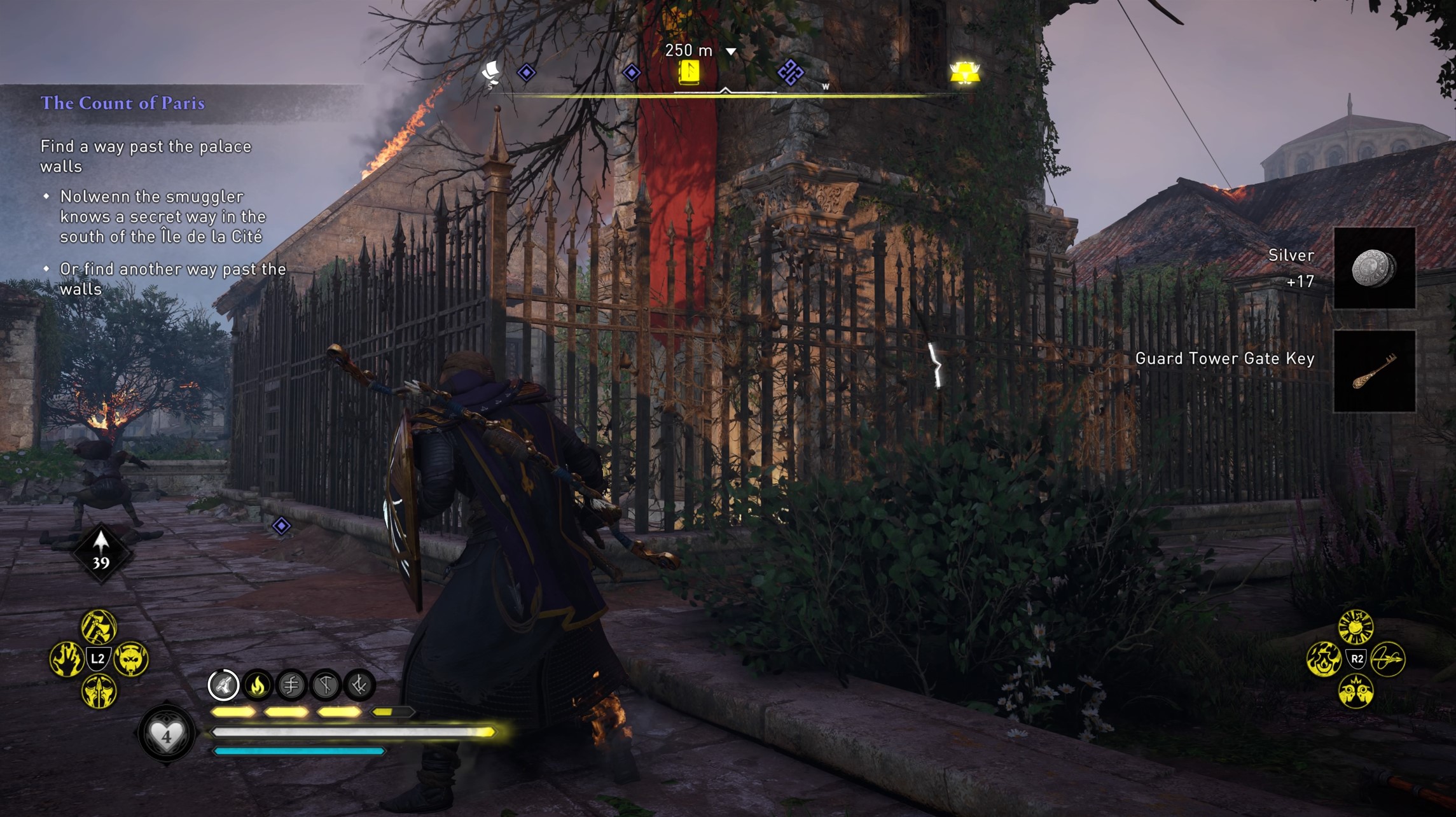 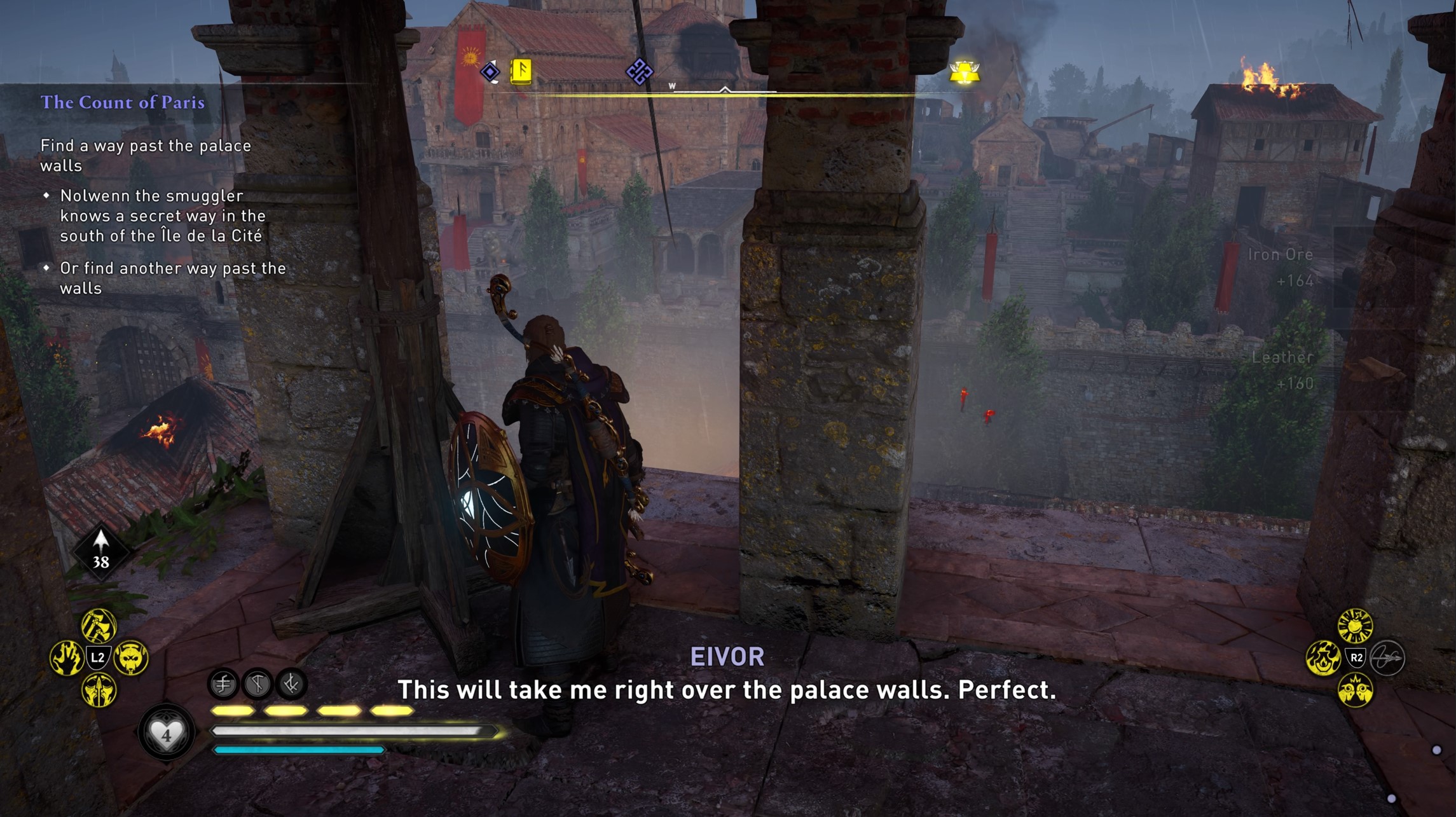 Otherwise, speak to Nolwenn at the quest marker. 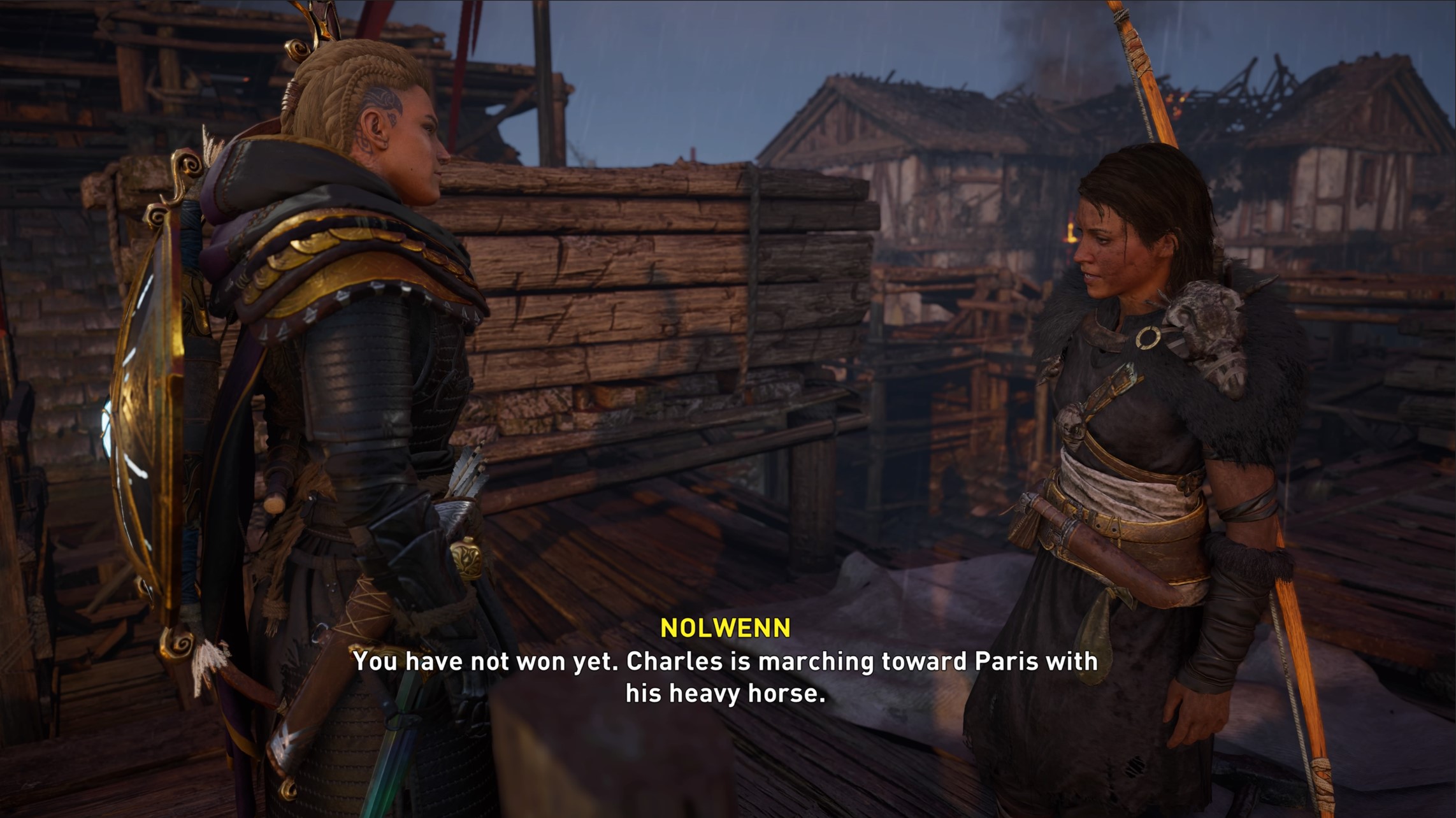 She leads you through an underground tunnel which leads into the palace cellars. Either way gives you a decent shot at all of the options going forward. 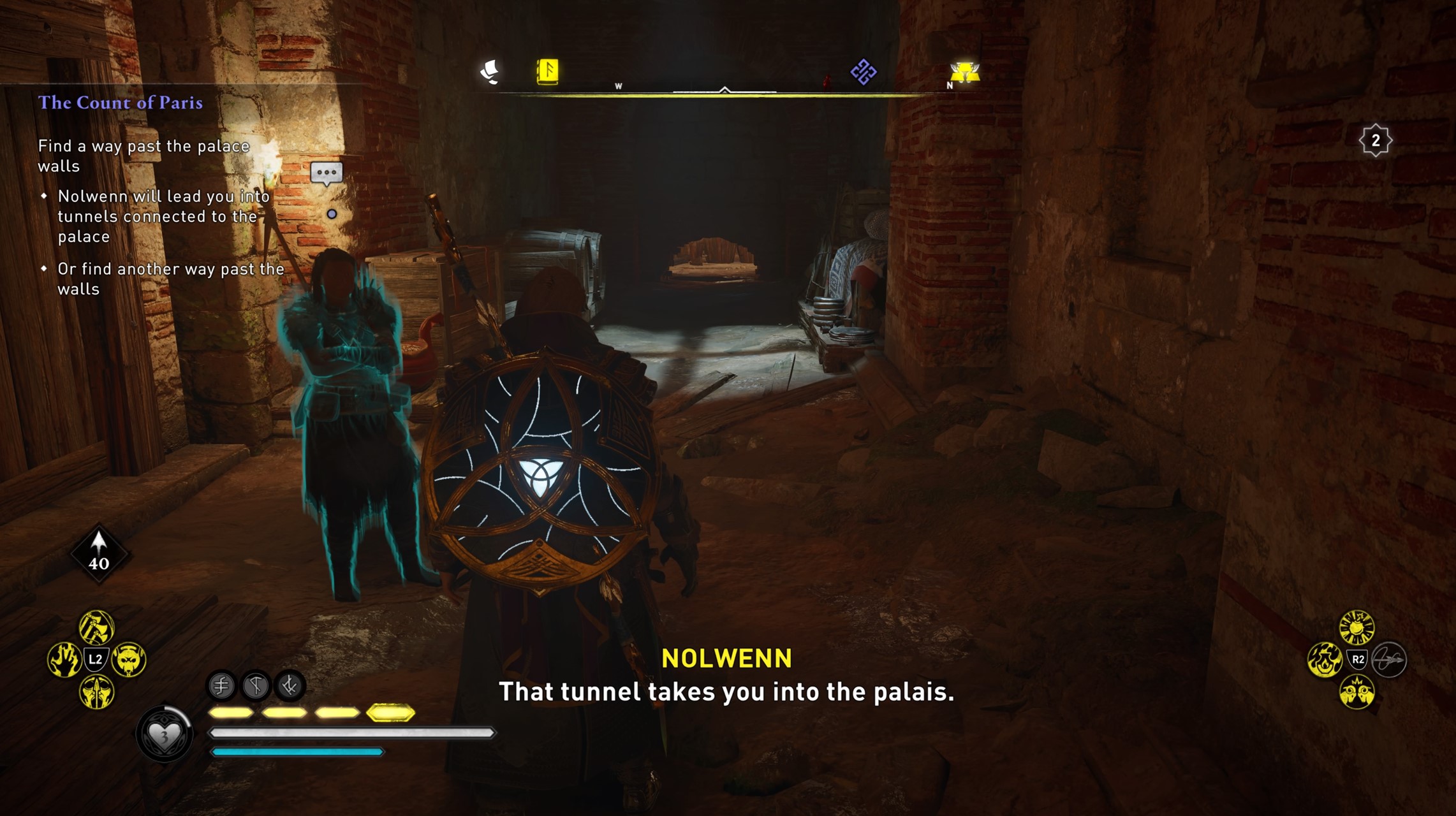 In the palace garden, there’s a note which tells you about a servant in the east palace hiding something. 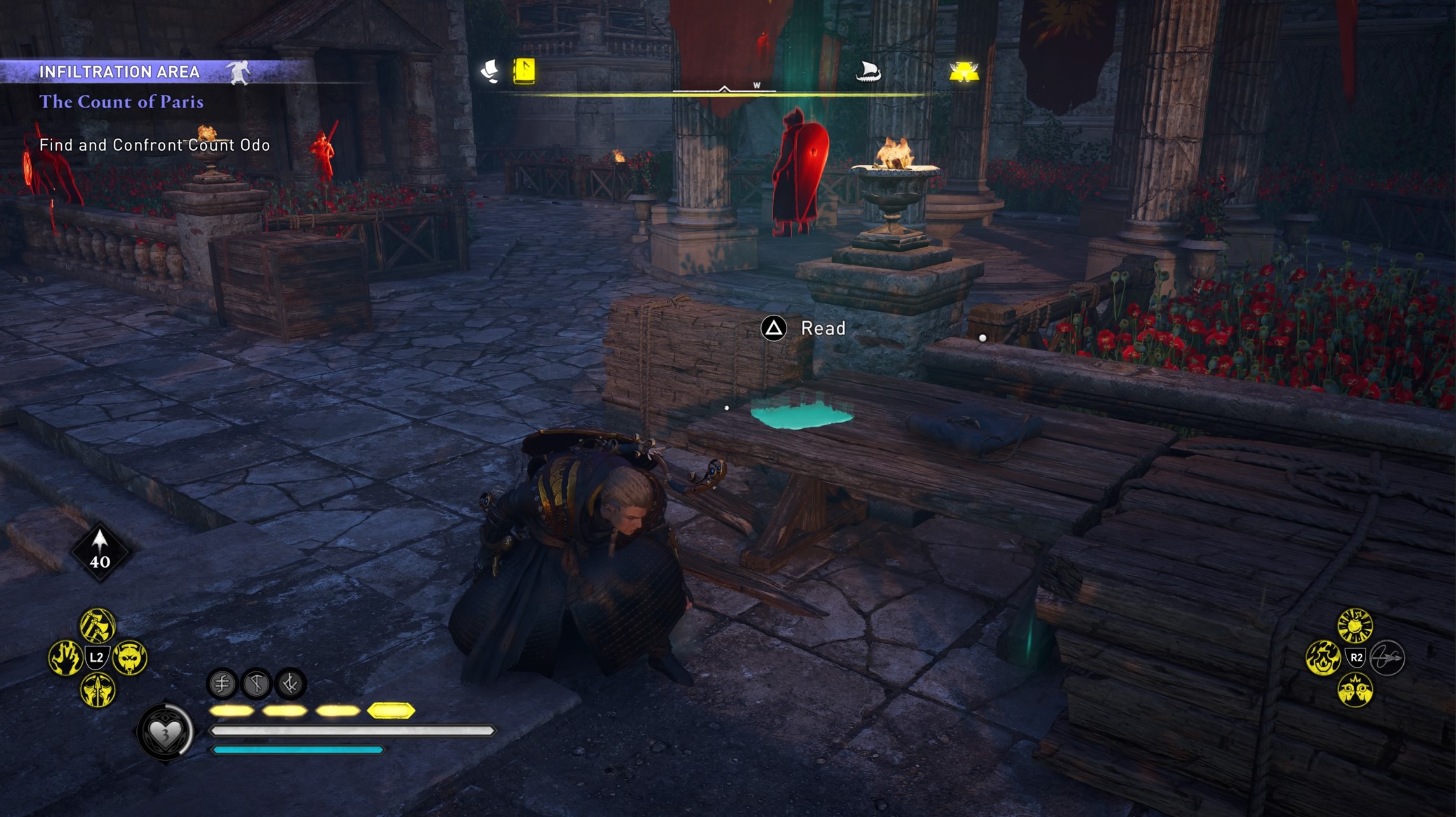 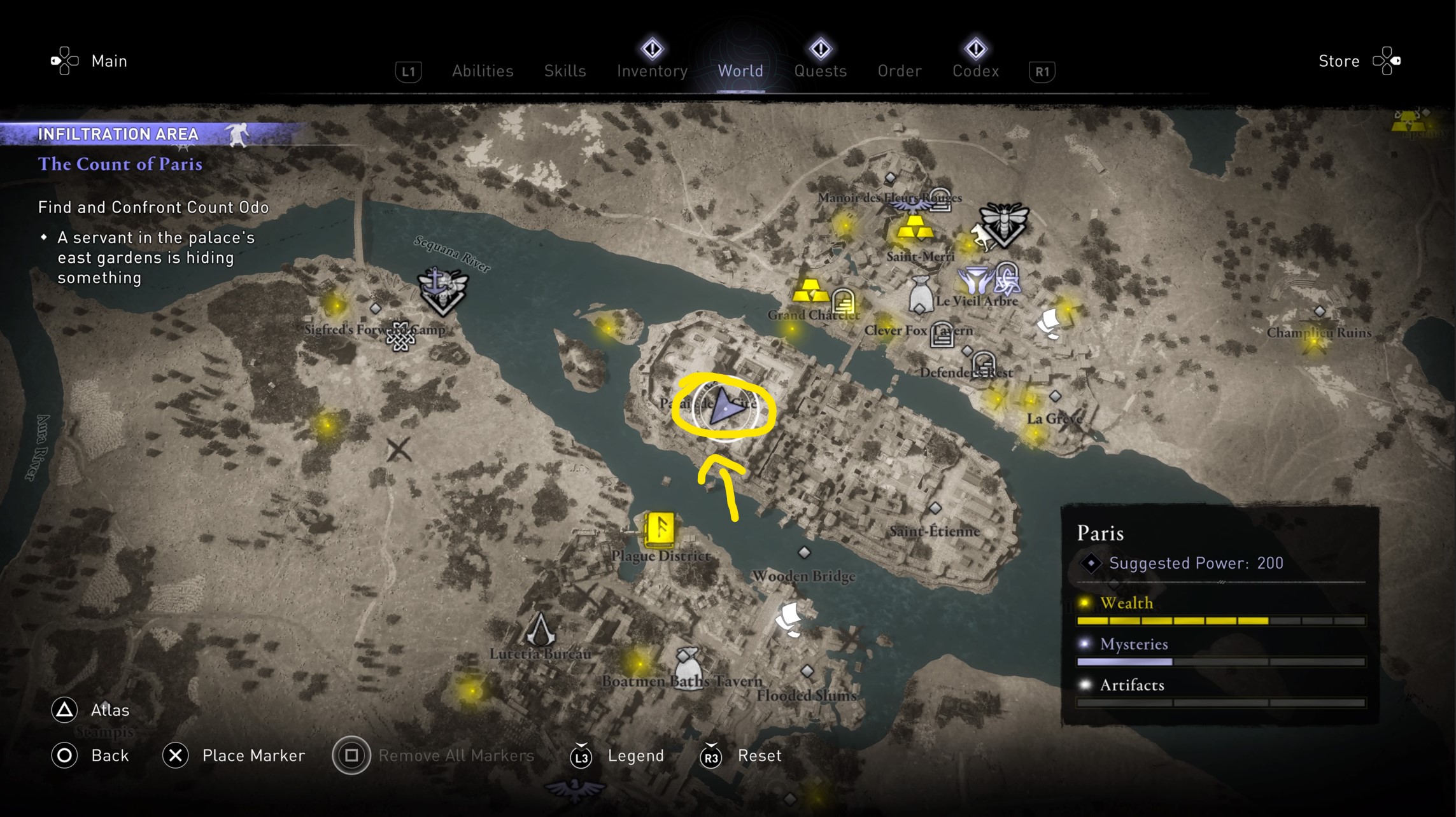 Go to the east gardens and follow the maid down the nearby ladder and through the cellars. 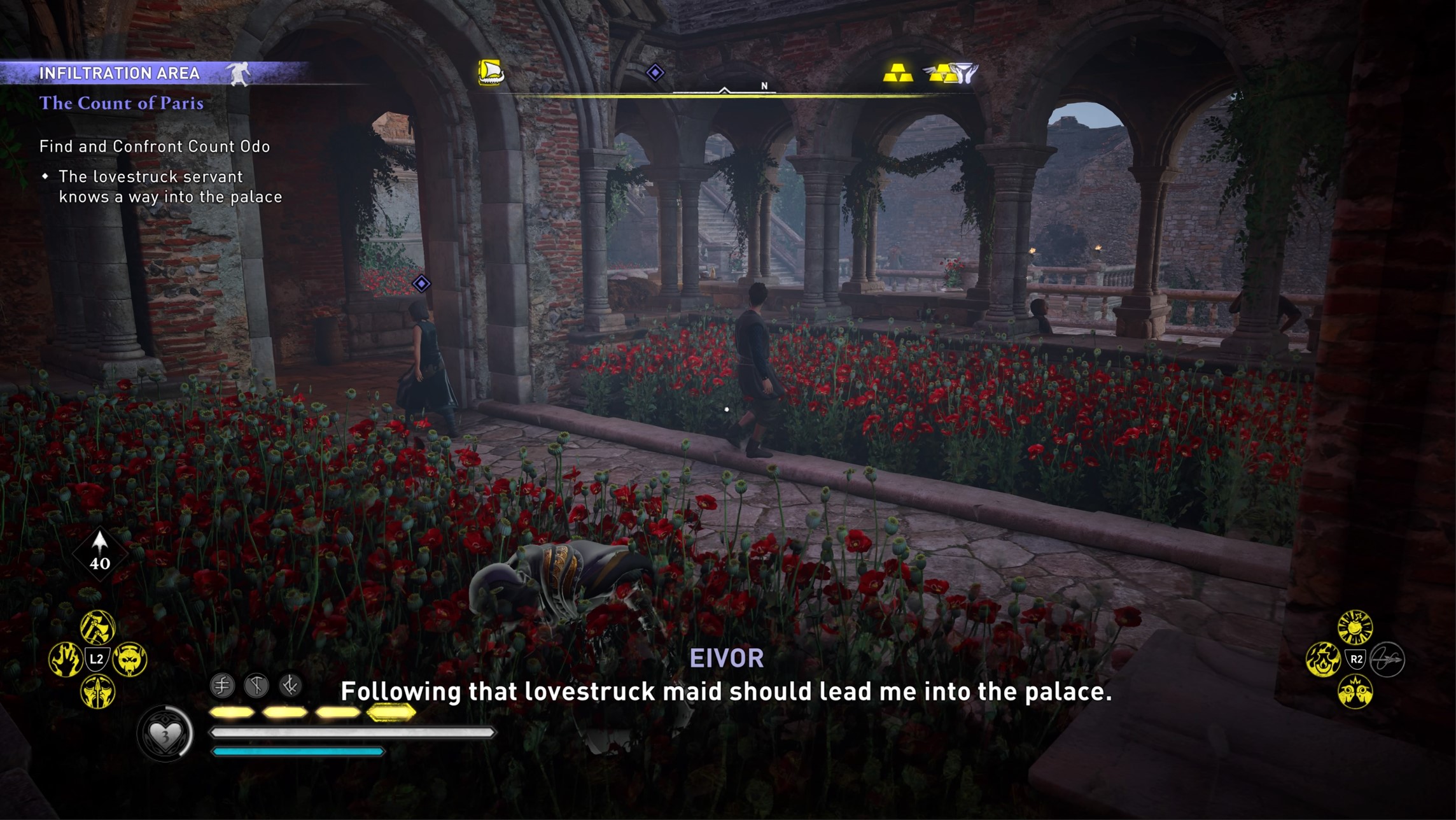 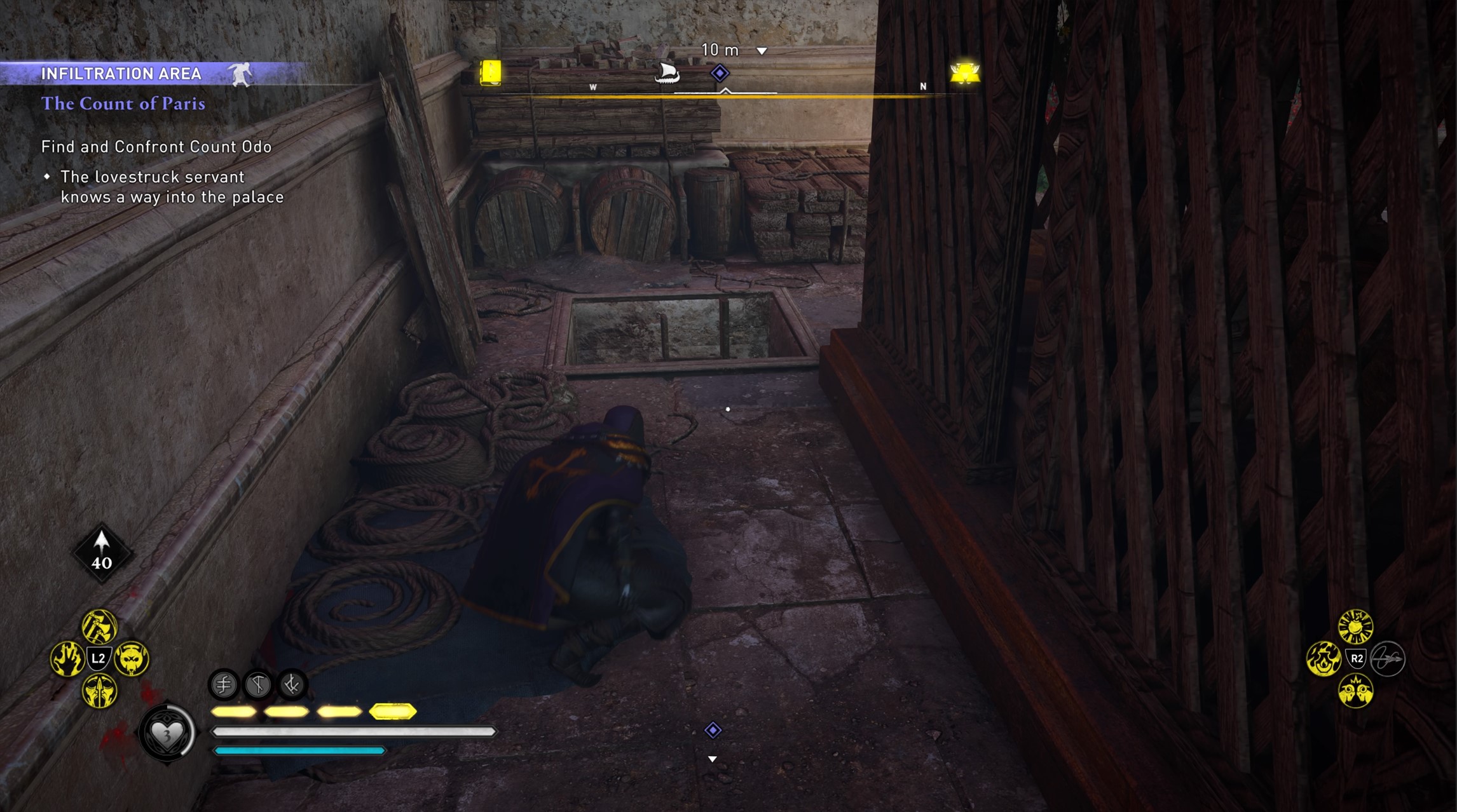 Move the boxes at the end of the hall and there’s a note right beside you. Read it and it will tell you more about the maid and jailor’s affair. Go through into the next room and there’s another note telling you that the key to the underground tunnels is with the jailor, who’s out boarding up doors upstairs in the palace. If you go up the stairs next to the note the jailor with the key is right outside where you emerge, in the hallway with a couple of other guards. 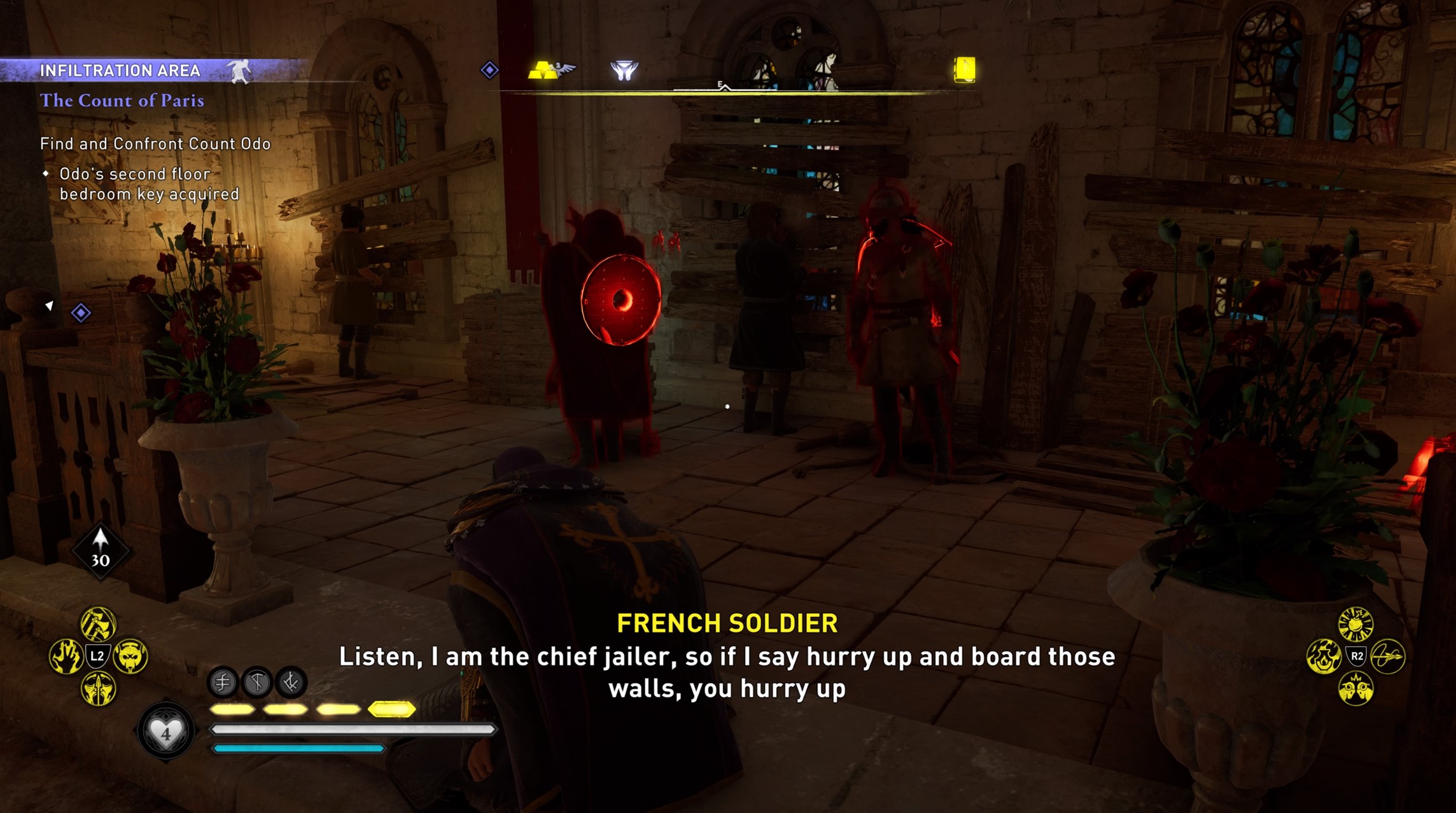 Steal or attack him for the key, then you can go through the underground tunnel to the kitchen, which tips you off to a priest upstairs. 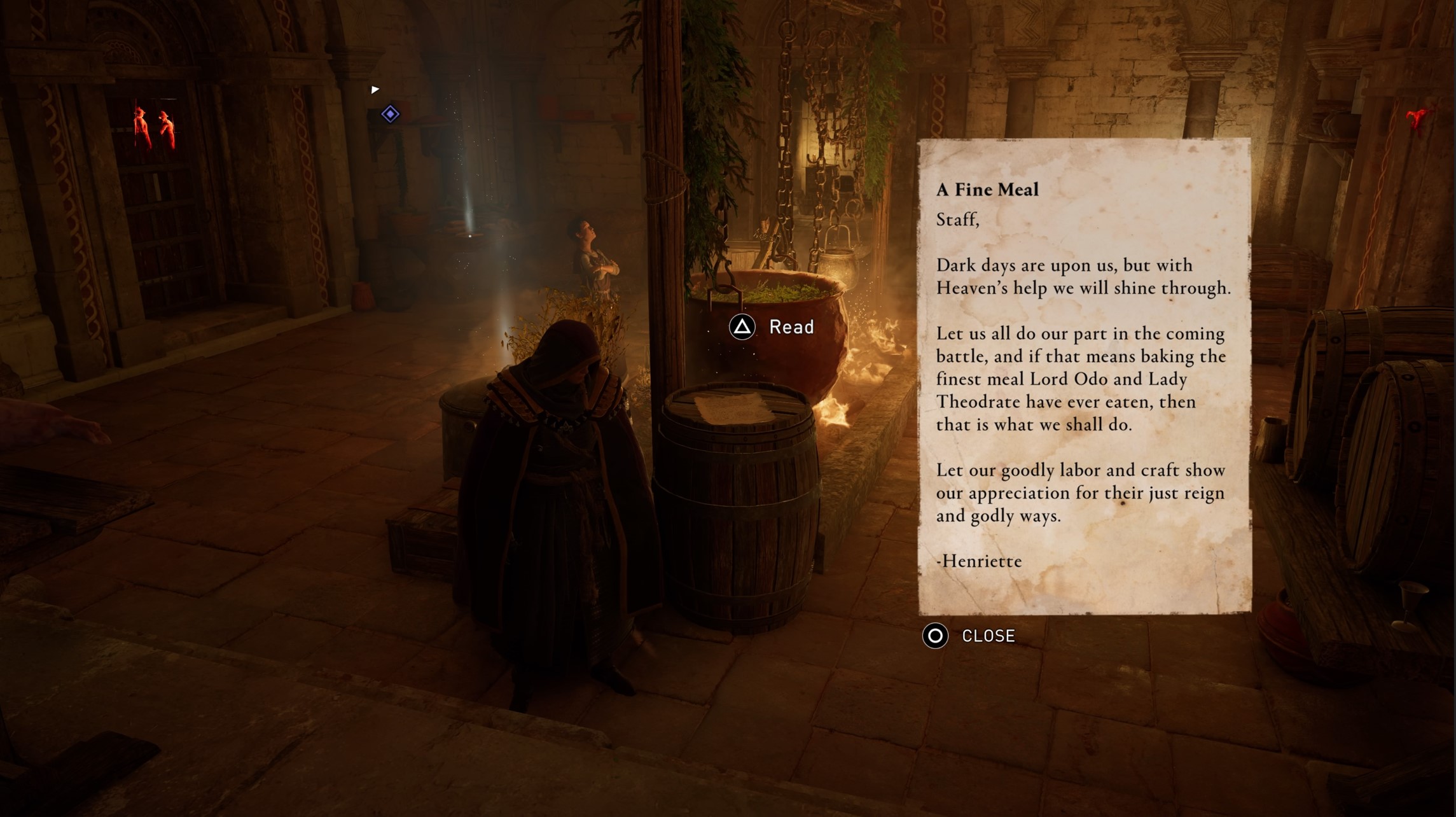 Make your way up there and you’ll have an in with the drunken priest in this part of the house. 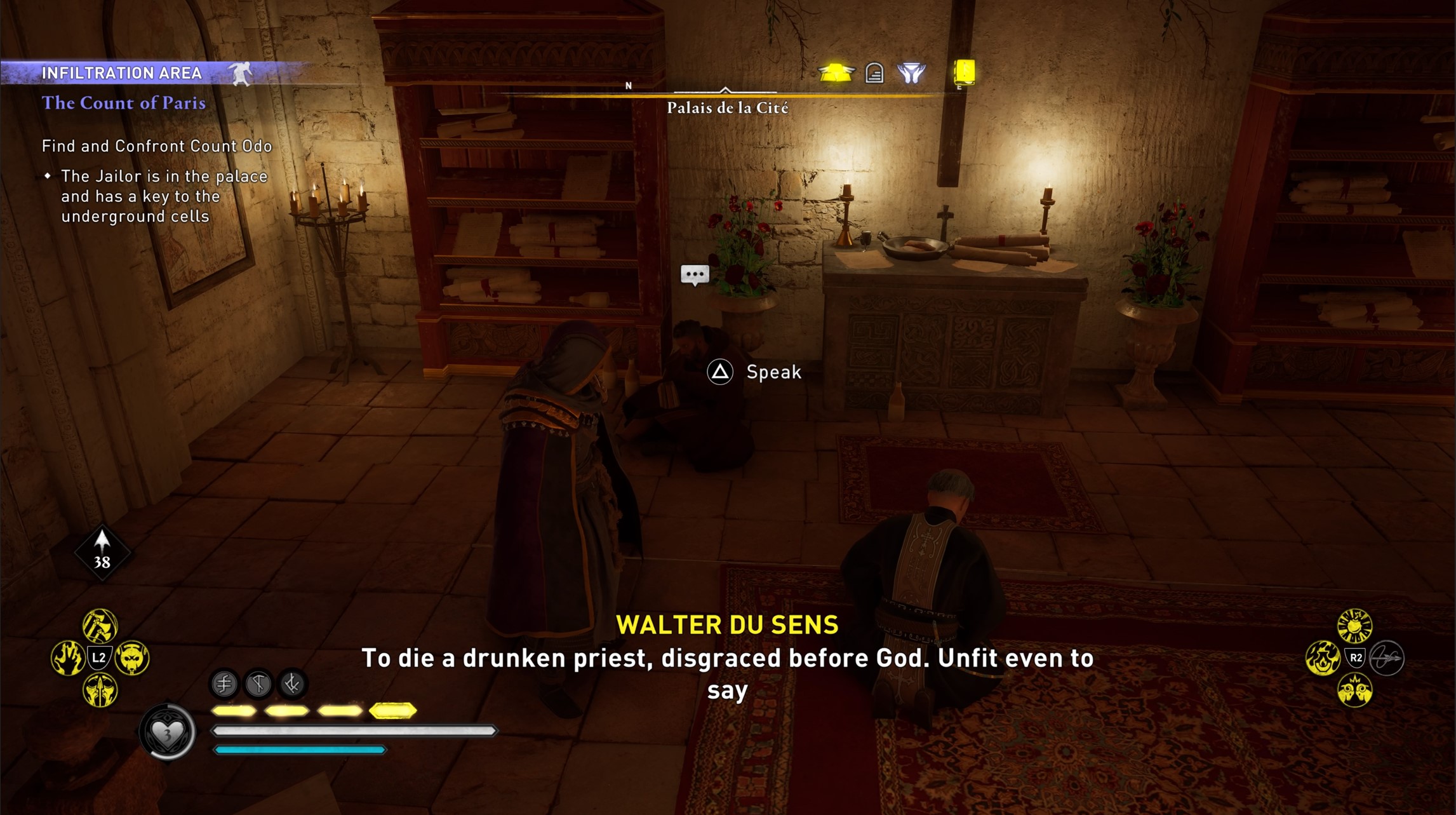 Grab him some more wine from the wine on the table in the lower level of the room he’s in and he’ll give you the key to Odo’s bedroom where his wife is injured.

Go out of the priest’s room and you’ll find the bedroom on your right on the balcony. 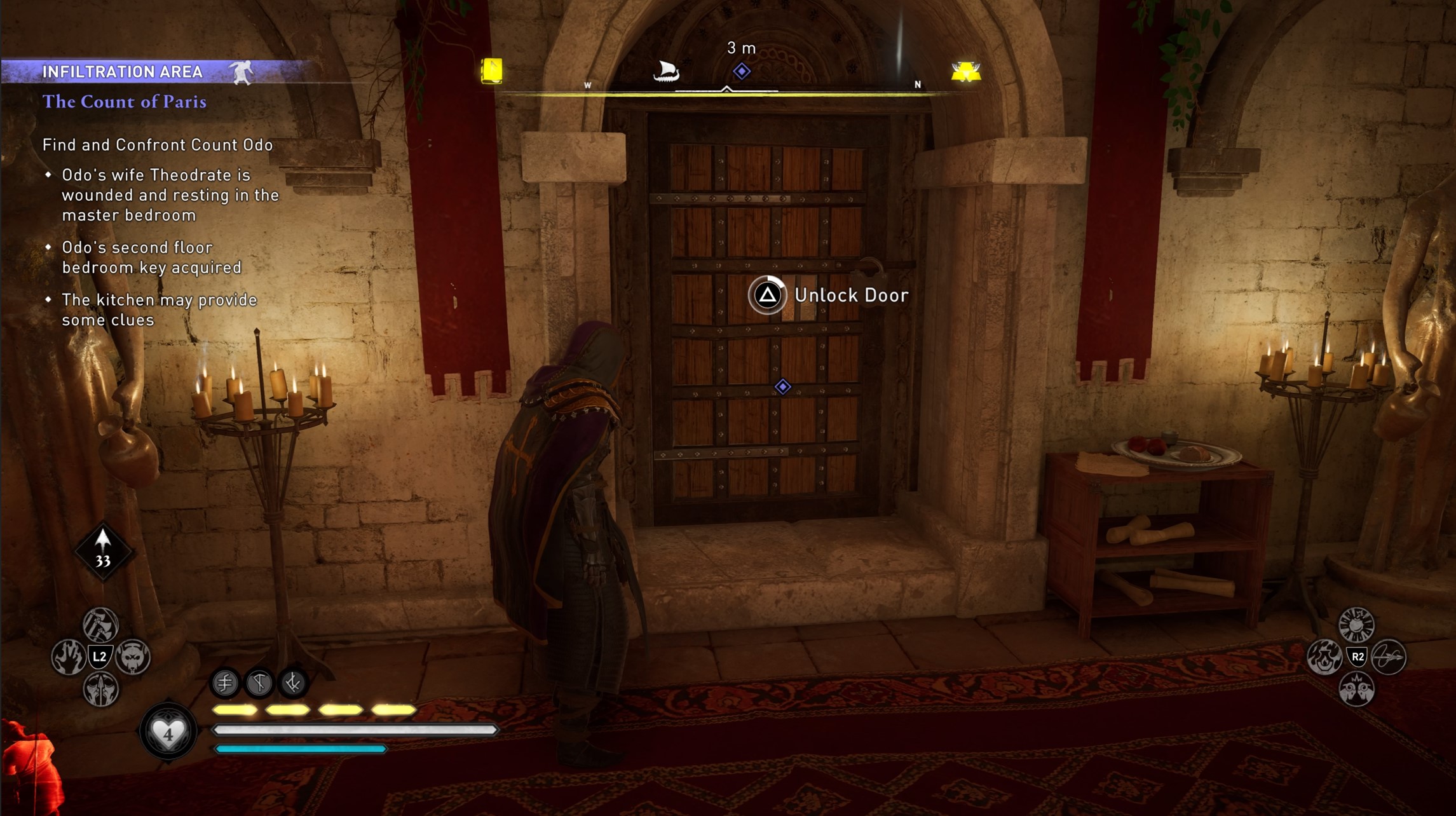 Speak to her there and use any of the dialogue options, although the charisma option adds some optional lines to the next scene. Whichever you pick, you’ll get a key to Odo’s sanctum. 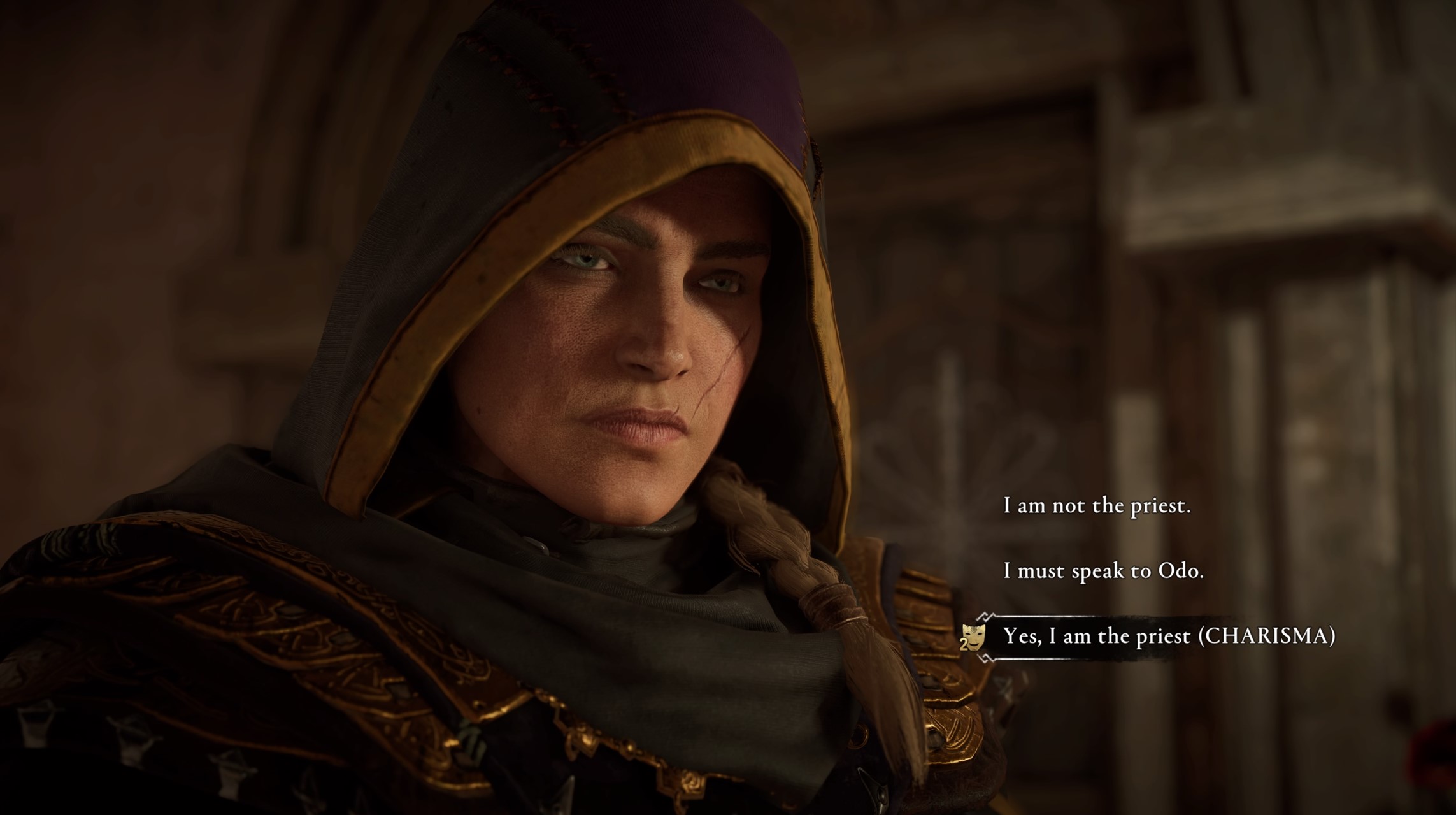 Speak to him there, and you’ll have to fight regardless of the way you made your way in. 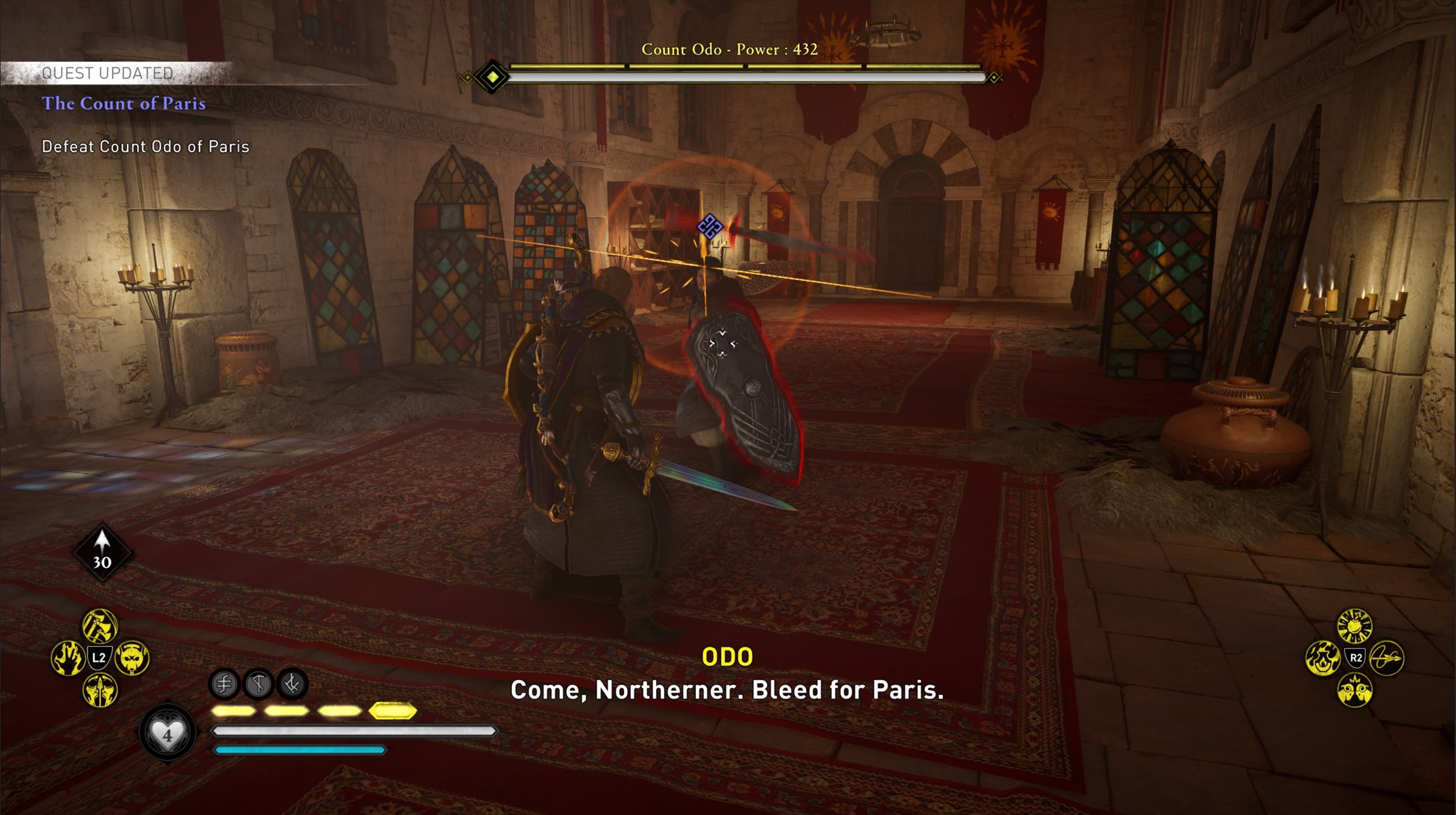 Should you return Bernard to Charles?

In the next scene, you have a choice of whether to turn over Bernard to Charles. The only consequence of the choice is a few lines of optional dialogue later, so you can choose whichever you feel is best for your playthrough without too much worry. 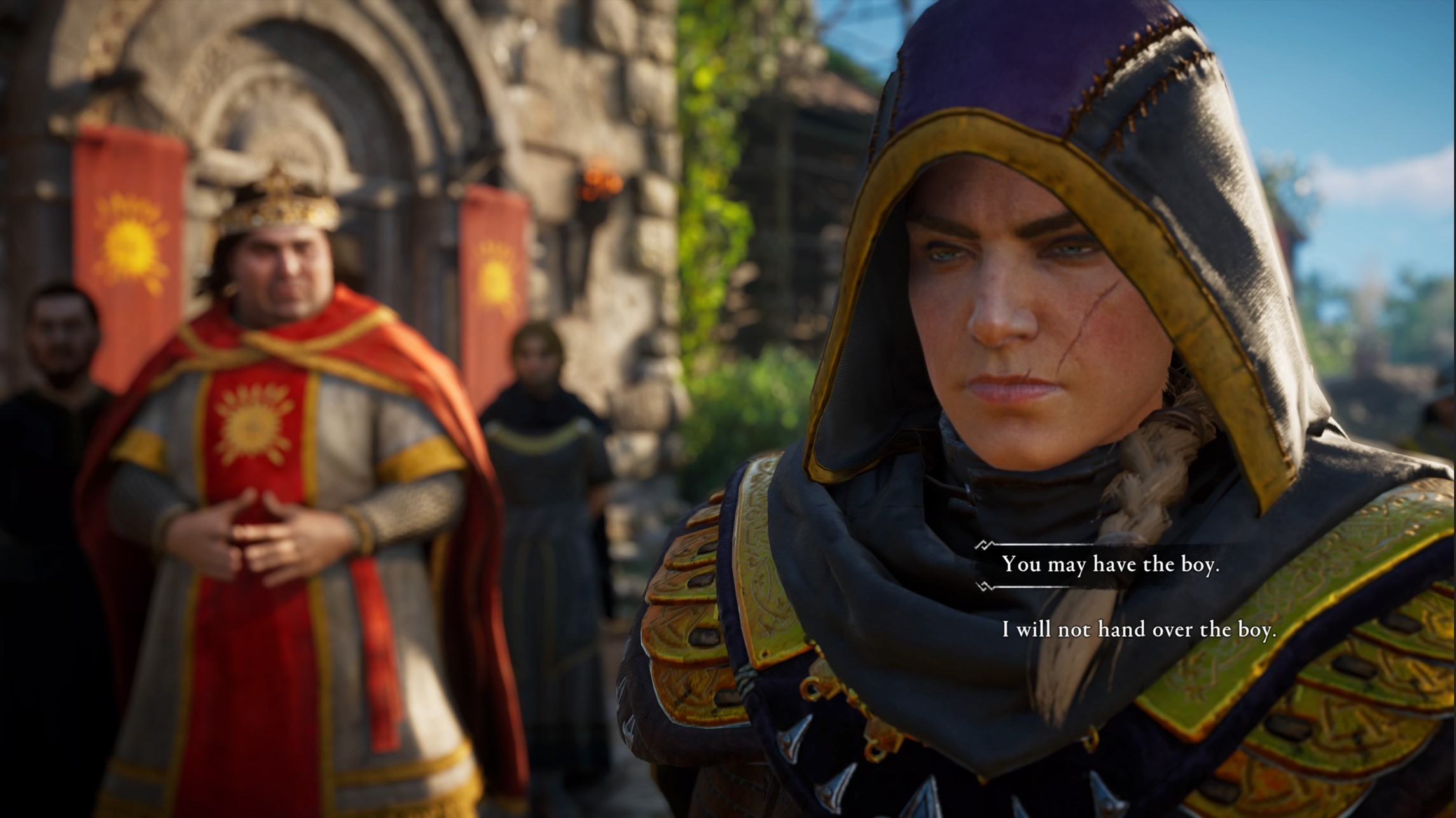 Once you’re done with the main DLC story, there’s plenty more to enjoy. Here’s how to complete the Hidden quest at Roman Excavations.

Or if it’s more boss fights you’re after, here’s where to find the Frankish Nobles.